Coming hot on the heels of the casting of Reid Scott (Veep), it is now being reported that Scott Haze (Midnight Special, Thank You For Your Service) is in talks to join the cast of Sony’s Spider-Man spinoff movie Venom. Details on his character are being kept under wraps.

Ruber Fleischer (Zombieland) is set to direct Venom, with Tom Hardy taking on the lead role of Eddie Brock, and Riz Ahmed, Michelle Williams and Jenny Slate also on board to star.

Meanwhile, although plot details are being kept under wraps for the time being, Omega Underground is reporting that the storyline may adapt the six-issue comic book series Venom: Lethal Protector.

Published in 1993, the comic sees Venom making an agreement with Spider-Man that the two foes will leave each other alone on the condition that Venom gives up the life of crime. Venom then moves to San Francisco, only for the father of one of his past victims to send a group of mercenaries after him. Ultimately, he joins forces with Spider-Man to battle five new offspring of the symbiote in Scream, Phage, Riot, Lasher an Agony. 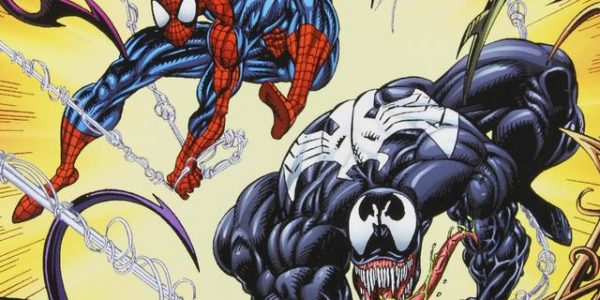 If previous reports are to be believed, Spider-Man will be entirely absent from the film, will Riz Ahmed is believed to be portraying Carnage as the primary antagonist. So, while it’s possible that the movie may be inspired by Lethal Protector, it doesn’t sound like we’ll be getting a straight-up adaptation.

Venom is set to start shooting this coming Monday and will open in cinemas on October 5th 2018.