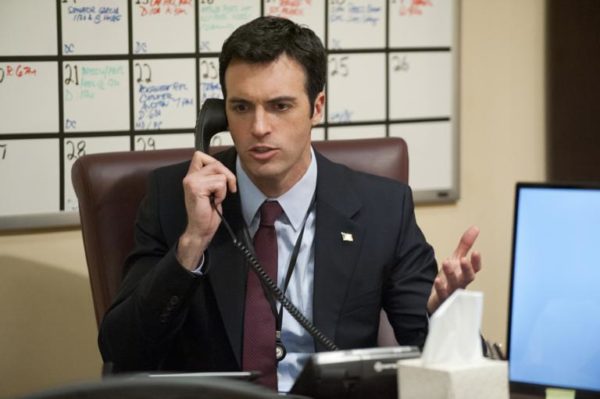 Variety is reporting that Reid Scott (Veep) is in talks to join the cast of Sony’s upcoming Spider-Man spinoff movie Venom.

Tom Hardy is leading the cast of the film as Eddie Brock, with Riz Ahmed, Michelle Williams and Jenny Slate also on board in as-yet-unrevealed roles. Zombieland helmer Ruben Fleischer is attached to direct the film, with Kelly Marcel (Fifty Shades of Grey) currently rewriting the script from Scott Rosenberg (Jumanji: Welcome to the Jungle) and Jeff Pinker (The Amazing Spider-Man 2).

Production on Venom is slated to begin this month ahead of the film’s release on October 5th 2018.