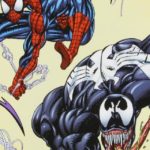 During a video message played out to the crowds at the Brazil Comic-Con, Tom Hardy revealed that the plot for the in-production Venom movie will be the Lethal Protector and Planet of the Symbiotes series of comics. Also confirmed by the Sony panel announcement was that the film will be set in San Francisco, and that […] 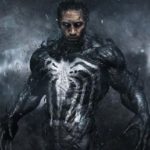 Anyone following Tom Hardy’s Instagram account will be well aware of the actor’s penchant for sharing behind-the-scenes production pictures for his forthcoming superhero outing as Venom. His latest photo might be the clearest indication yet of the kind of Venom storyline we’re going to get, with many speculating that the military style garb that Hardy’s […]

Coming hot on the heels of the casting of Reid Scott (Veep), it is now being reported that Scott Haze (Midnight Special, Thank You For Your Service) is in talks to join the cast of Sony’s Spider-Man spinoff movie Venom. Details on his character are being kept under wraps. Ruber Fleischer (Zombieland) is set to […]