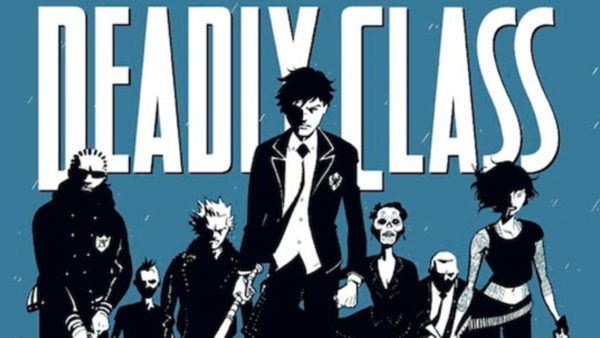 According to THR, Syfy has given a pilot order to Deadly Class, a drama based upon the Image Comics title from Rick Remender and Wes Craig. The script has been penned by Remender and Miles Feldsott, with Adam Targum (Banshee) set to serve as showrunner as well as executive producing with Joe and Anthony Russo (Avengers: Infinity War), Mike Larocca (Spy) and Lee Toland Krieger (The Age of Adaline).

Set against the backdrop of 80s counterculture, Deadly Class is described as “a unique coming-of-age journey) and “follows a disillusioned teen recruited into a storied high school for assassins. Maintaining his moral code while surviving a ruthless curriculum, vicious social cliques and his own adolescent uncertainties may prove fatal.”

Syfy has the DC Comics Superman prequel series Krypton incoming, and has recently ordered George R.R. Martin’s Nightflyers to series, as well as pilots for Tremors and The Purge.