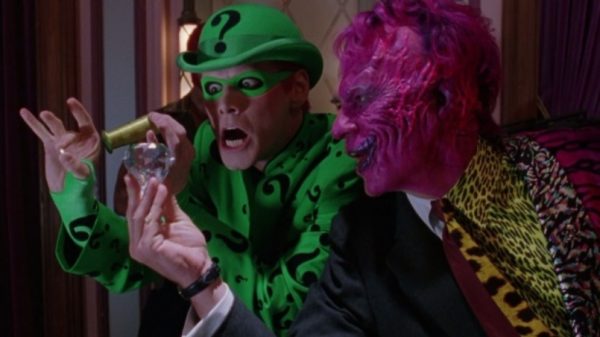 Jim Carrey is nothing if not enigmatic. Time has done absolutely nothing to change that that fact either, if that now-infamous recent interview is any indication. For an actor who is an enigma, what better character to play but Edward Nigma a.k.a. The Riddler in Joel Schumacher’s Batman Forever?

Jim Carrey in his prime. Tommy Lee Jones taking on Harvey Dent/ Two-Face. What could go wrong? Well, quite a bit. Besides the negative critical reaction, apparently Carrey and Jones were a complete mismatch while working on the film. Speaking on Norm McDonald Live, Jim Carrey recalls an encounter with his co-star at a restaurant:

“It was at a restaurant, and the maitre de said, ‘Oh, I hear you’re working with Tommy Lee Jones. He’s over in the corner having dinner.’ I went over and I said, ‘Hey Tommy, how are you doing?’ and the blood just drained from his face. And he got up shaking – he must have been in mid-kill me fantasy or something like that. And he went to hug me and he said, ‘I hate you. I really don’t like you.’ And I said, ‘What’s the problem?’ and pulled up a chair, which probably wasn’t smart. And he said, ‘I cannot sanction your buffoonery.’”

While the movie is by no means perfect, most would agree that Batman Forever is at least better than its sequel. 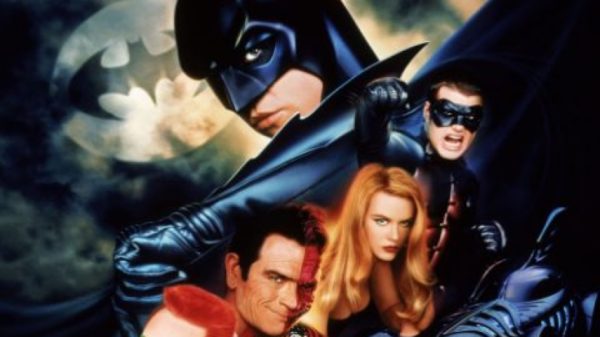