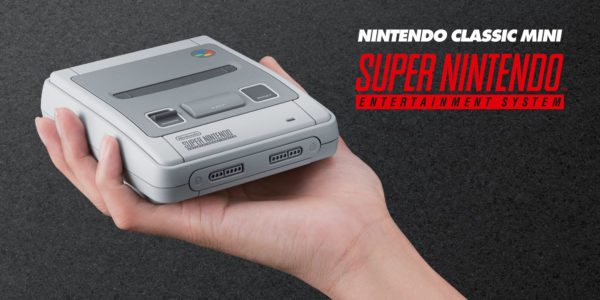 Last year’s NES Mini was a huge success. It gave us 30 somethings a little flashback back into our childhood and let us reminisce about the good old days and how much better gaming was in the 90s. But you know what, with the odd exception, NES games have not aged well and it soon became a little dust collector on my shelf. Then the SNES Mini was announced and excitement coursed through my veins. This was the very first must have console in my eyes. Everyone had one, and with good reason – Super Mario World, Super Mario World 2, Super Mario Kart, Street Fighter 2, The Legend of Zelda: A Link to the Past, F-Zero, Super Metroid – I really could go on. I pre-ordered it the second I was able to, then I let my excitement reach fever pitch until it was delivered.

First up, the SNES Mini is a cute little device and is a mini-me version of the original, complete with fake cartridge slot. Very light and compact, fitted with a modern HDMI port and powered by a USB slot. There were complaints regarding the NES and the length of the controller cables, which were valid, Nintendo have listened and the cables on the SNES controllers are of more than a sufficient length. I’ve read some complaints of people not being able to sit on their couch and play it because it they aren’t long enough – in a word, spoilt or exaggerated is how I’d describe that opinion. I’m getting the full authentic retro experience sat on the floor in front of my TV and enjoying every second of it, it just takes a little longer with a few joint clicks to stand up these days. It’s like complaining your cold while camping in a sleeping bag on a chilly autumn night when you chose that over a hotel.

Do the games hold up? Firstly, I’ve not had time to investigate every single game, so I apologise in advance if the one that was your favourite is not mentioned, but yes, they hold up to modern games, and in some cases they exceed many modern games. Mario is the undisputed king of the platformer. Super Mario World is considered one of the best ever made and it still is. It’s fun, challenging, frustrating, satisfying and brilliant. It is easily one of the greatest games ever made and I can’t think of a single platform game in the last 10 years that comes close (which isn’t Super Mario Galaxy). A ‘quick little go’ soon turned into 2 hours later. 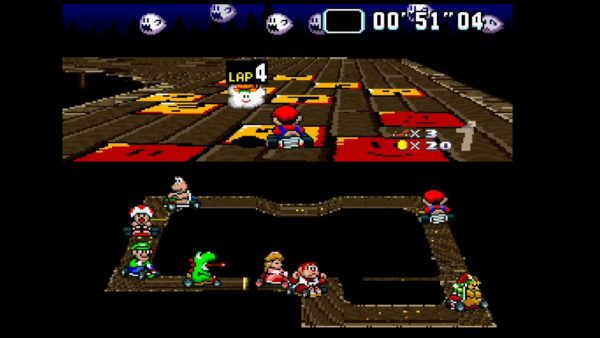 Everyone has their own favourite version of Super Mario Kart. In my humble opinion, the original is the best. It’s as much fun now as it was when I was 12. Mushroom Cup is a lovely little introduction to the dynamic gameplay while still proving to be a challenge to the Super Mario Kart rookie before progressing to the insanely frustrating Special Cup with its eye bending Rainbow Road. Still absolutely brilliant.

There are some games that will take an awful lot of time to get through, Zelda and Final Fantasy III (6 really), and a quick glance at them will not do them the justice they deserve. For those new to the SNES, I implore you to look beyond the graphics and embrace the story told in both of these epic RPGs. They won’t disappoint. For Street Fighter fans, I’m sure it is as good as you remember but I am the wrong person to judge this game. I’m terrible at it and therefore hold a grudge due to the sheer number of annihilations that I received from friends. I’d delete it given half a chance.

One game that stands out for suffering time’s embrace is Starfox, and the previously unreleased Starfox 2. Quite frankly, it’s a mess to look at and clunky to play, I’d be surprised if anyone gained anything positive from playing it other than nostalgia.

What the SNES Mini has done has reawakened a love for Nintendo that had been slumbering within me during the dark days of the gimmicky Wii and the forgettable Wii U – I still can’t name one person that owns the latter. But one thing that is as certain now, as it was then, is the absolute quality of any game that is led by Nintendo’s default mascot, Mario. The SNES Mini would be worth the investment alone for Super Mario World 1 and 2, and the rest is just the cherry on top.