In addition to a live-action Star Wars TV show, Disney’s new streaming service is set to launch a brand new Marvel series. As yet, there’s no details as to what the show might entail, but there are of course a wealth of Marvel properties to choose from. The ones I have selected here are by no means all of the options available, but just a taste of the directions Marvel could go in with this new series. They range from very popular and sought-after characters to those a little more obscure. As always, let me know your thoughts below with characters you believe should be featured in the new TV show…

The most obvious choice here is Moon Knight, a character who has long been rumoured as a possibility for Marvel’s various Netflix shows, although as of yet hasn’t been featured within them. Thought of as Marvel’s Batman by some critics, Moon Knight has carved out his own path, becoming a particularly unique part of the Marvel Universe by combining street level heroism and mysticism. Marc Spector actually has multiple aliases to go by, with one street level persona, a cab driver by the name of Jake Lockley, becoming his source of information when needing to investigate a particular individual or situation. Another persona of his is financier Steven Grant, a cover for some of his wealth and another way in which to use his power. Moon Knight would be an interesting fit to the larger MCU; crossing over to many different levels of super-heroism, he may be what’s needed for the Disney streaming service to link all of their products together. Not only this, but the popularity of the character would surely bring in some extra viewers. Given his role in major events such as Shadowland and teams such as the West Coast Avengers, Moon Knight’s reach is quite vast.

It’s criminal that lawyer and She-Hulk, Jennifer Walters, hasn’t been brought to the big or small screen yet. One of the leading attorneys in the Marvel Universe, She-Hulk could follow in the footsteps of Netflix’s Jessica Jones and ABC’s Agent Carter, becoming the third female-led TV show. Becoming part of popular teams such as the Avengers and teaming with the Fantastic 4, Walters has really done it all. Teaming with Iron Man in the Civil War, She-Hulk has always tried to be on the right side of history, with much more control over her powers than her male counterpart. Her dual life as a super-hero and lawyer and the balance between these , as well as the choices between her two lives, would result in an interesting premise for a TV show. Recently She-Hulk has become a grey version of the Hulk suggesting there are still further depths of the character to explore. Incredibly intelligent and possessing super strength, fun-loving Walters is a good role model for young female viewers.

Rumours of a Captain Britain movie or TV show have been circulating for years, in order to not only bring a rich character to the table but in an attempt to really connect to international audiences, specifically of course in Britain. The man known as Brian Braddock, is a one eyed Essex native, who came from wealthy origins and possessed great intellect and scientific ability. Given powers through the Amulet of Right from Merlin and his daughter Roma, Braddock gained superhuman strength, as well as the ability to fly. Much like any Briton, his ability to drink is one such character trait, but his enemies would make one think that they had drunk a bit too much. His list of villainy extends from street level thugs to multi-dimensional beings, with Captain Britain battling many famous foes from Morgan Le Fey to Thor: Ragnarok’s Grandmaster. With the potential to delve into British history and urban myths, exploring the culture and folktales of these isles, for the world to enjoy, Captain Britain presents a great opportunity for the Marvel folk to try something different. 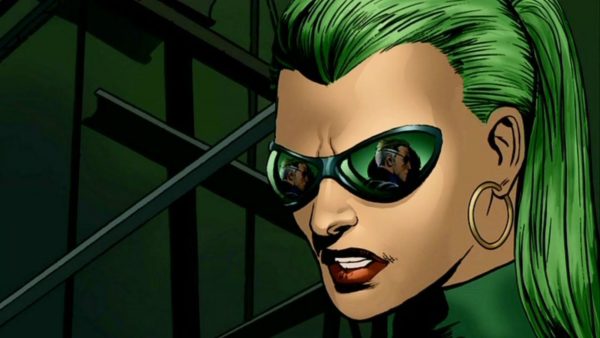 Although there have been rumours that S.W.O.R.D. may be introduced in S.H.I.E.L.D. (although the recently released 17 minute preview may debunk these rumours after a joke about a space division called S.P.E.A.R.) there may be some hope that the Abigail Brand-led galaxy protecting crew may get their own series. Specialising in inter-galactic threats and at no better time than with the upcoming Avengers: Infinity War event and following the success of Guardians of the Galaxy and Thor: Ragnarok,  and with the potential for the Skrulls to appear soon in Captain Marvel, S.W.O.R.D. can continue to protect the Earth, encountering all the aliens that we have previously seen in the films. With a tie-in with the Inhumans this is a potentially great series to encompass in the MCU. Brand herself has an alien father and an X-gene which allows her to coat her hands in blue flames. 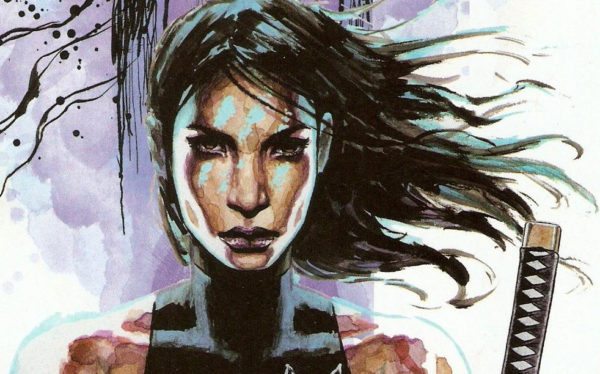 Maybe the most obscure on this list, Echo has had a traumatic past that has completely defined her. Her father was killed by his crime partner, the Kingpin. Upon his death, her father not only left a bloody hand print on her face which becomes a lasting image for the character, but also wishes for Kingpin to raise Maya as his own. Kingpin honours this and it eventually comes to light that Echo can mimic the actions of others, learning incredibly quickly and even being able to study and learn the fighting patterns of others. After having a love affair with Daredevil and turning on Kingpin after being tricked into trying to kill Murdoch, she set on her own path eventually joining the New Avengers and even taking on the moniker of Ronin for a while. An interesting and complex character, this may be perhaps the best way forward for the Disney streaming service, bringing out an edgy and complex female character to our screens.