Hot Toys has unveiled its 1/6th scale Movie Masterpiece Series Hela figure which is based on the likeness of Cate Blanchett’s villain in the the Marvel blockbuster threequel Thor: Ragnarok. The Goddess of Death comes with a range of interchangeable accessories which includes a magnetically attachable green colored cape, two swords, a damaged Mjolnir attached to the hand, seven hand pieces, and a figure stand; take a look at the official promotional images here… 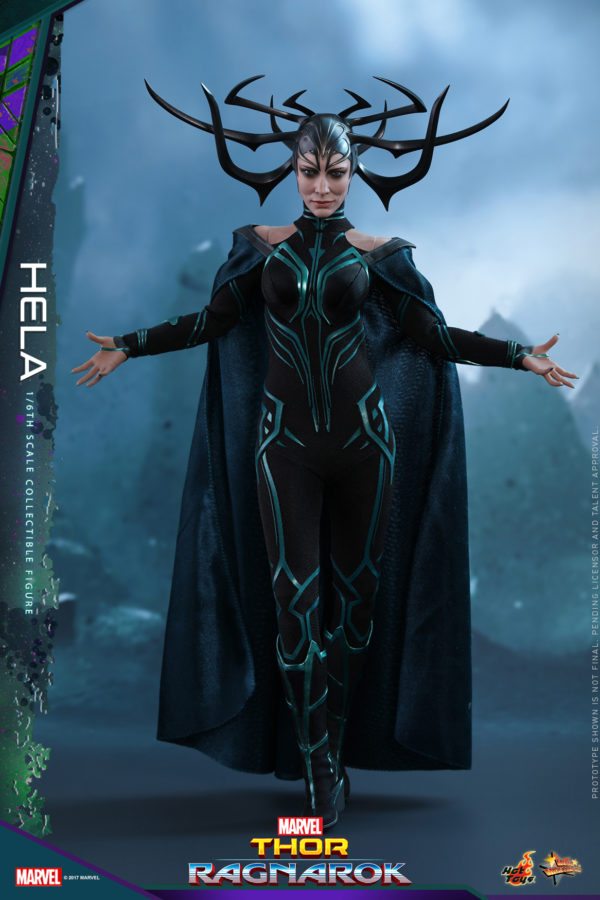 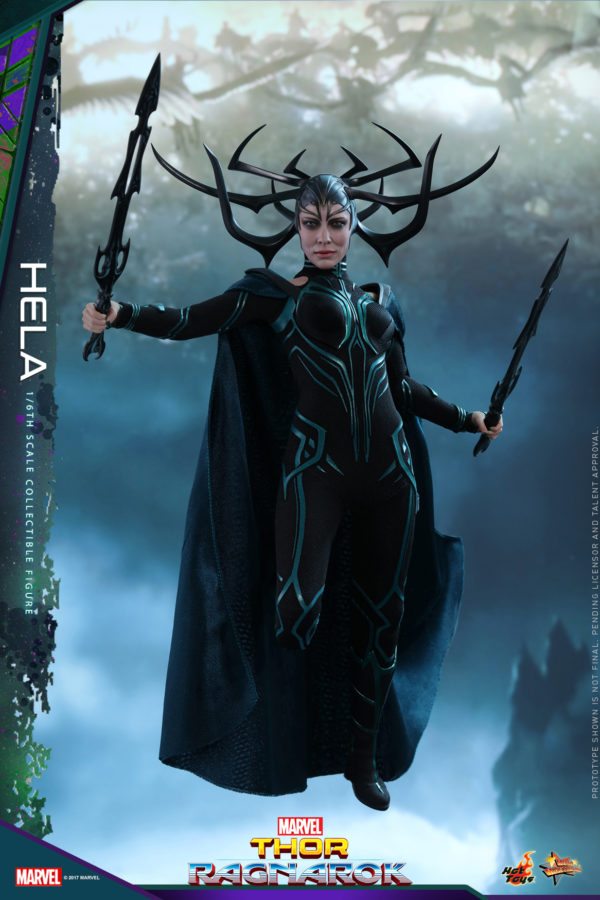 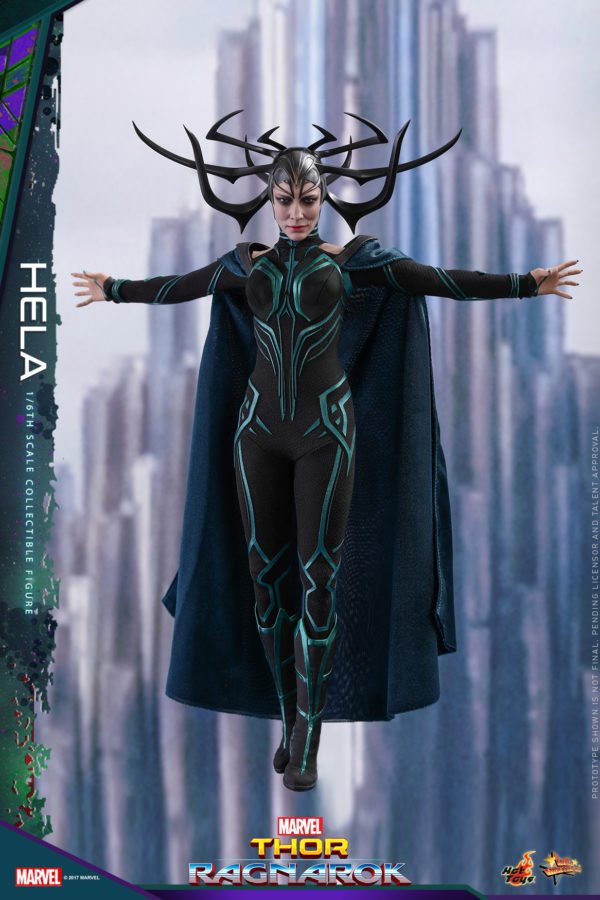 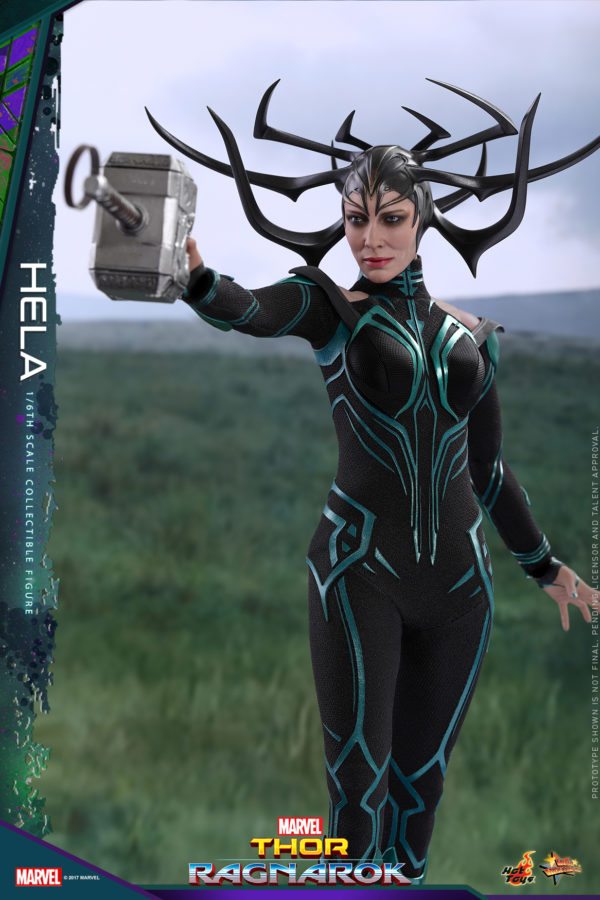 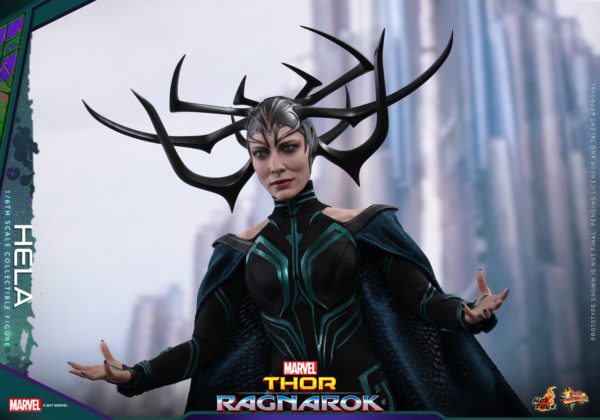 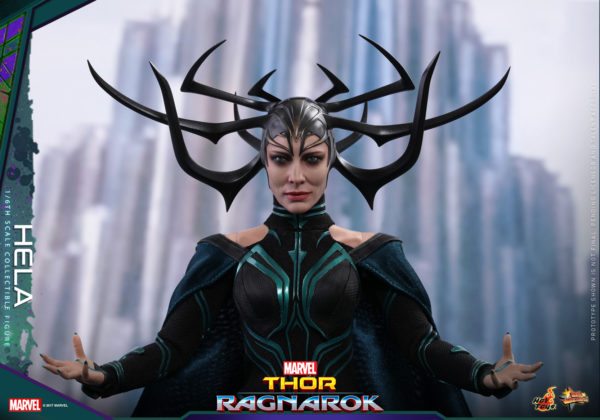 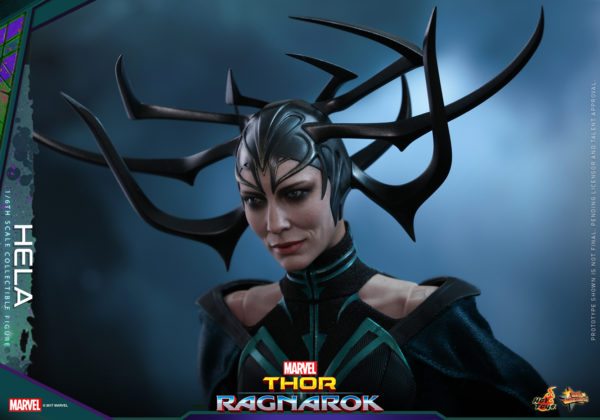