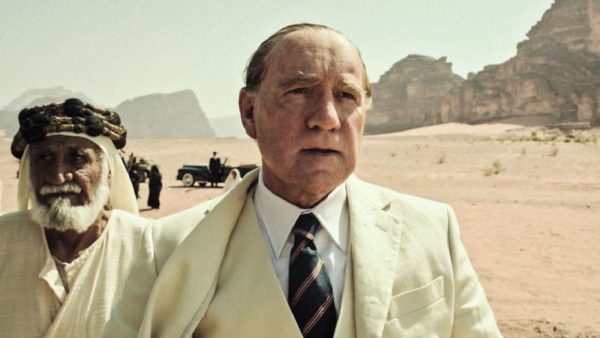 I have to take my hat off to Ridley Scott, and admire his ruthlessness in cutting Kevin Spacey from his latest film and replacing him with Christopher Plummer. There are plenty of reasons Scott has had such a long and successful career, and the fact that he doesn’t mess around is surely one of them.

Just because I admire what is being done, however, doesn’t mean I’m comfortable with it. It is, it must be said, probably the right thing to do. Spacey has not been convicted, or even charged with any crime yet, but his non-apology speaks volumes; if I had a film featuring him coming out I wouldn’t be exactly thrilled, and when your stand-in, last minute replacement is an actor the calibre of Christopher Plummer, you’re doing well. To do it that quickly – the film is expected to be out at the end of the year – is quite an achievement, too. The fact is though, it’s the speed that unsettles me the most.

There’s a reason they want this wrapped up so fast; it can’t wait another six months to get things right; it has to be six weeks; the Oscars. To be eligible for next year’s Academy Awards a film has to be shown in at least one cinema in New York and Los Angeles before the end of the year. If the makers of All the Money in the World delayed their reshoots at all, they’d miss that boat. Sony can say that it would be wrong to punish the 800 people who worked on the film due to the actions of “one supporting actor”, but that’s just ridiculous on two levels; one, Spacey wasn’t just a supporting actor; he didn’t just play a barman in one scene, he was their best hope for an Oscar, and two, projects get canned all the time, leaving those who worked on them with nothing to show for it; Ridley Scott himself shot a Vatican set pilot for Showtime in 2013 that hasn’t seen the light of day. The film Tulip Fever, with a script by Tom Stoppard and a cast including Judi Dench, Alicia Vikander, Jack O’Connell, Tom Hollander and Christoph Waltz (that’s not mentioning David Harewood, Zach Galifianakis, Cara Delevingne and others) sat on a shelf for three years before finally getting a small release in the US. There’s not a person who worked on the film who hasn’t had a previous project just locked in a vault through no fault of their own. All the Money in the World is being saved because the studio wants the money and the glory. 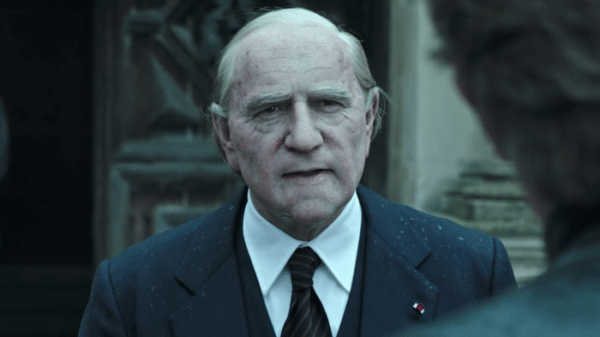 Scott was overflowing in his praise for Spacey when he was cast, and now that praise has been changed – retconned, if you will – to him not being the first choice for the role. What’s changed? Absolutely nothing, except Spacey committed the biggest crime in Hollywood; he got caught.

On Friday evening I got an email telling me a preview of Ordeal By Innocence, the Agatha Christie adaptation that was meant to be the centrepiece of the BBC’s Christmas TV, that I had tickets for had been cancelled. Puzzled, I looked at the cast list and the penny dropped. If the BBC can scrap – or at the very least postpone – a major drama, then Sony can shelve a film for six months.

Like I said, replacing Spacey is probably the correct thing to do, I just with they weren’t so openly cynical about the whole thing.