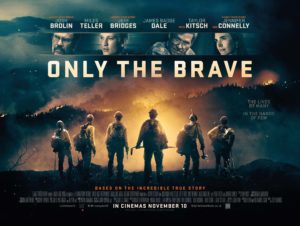 The firefighters in Prescott, Arizona are determined to become a front line crew tackling forest fires.  After taking on new recruits and going through rigorous training, they win the accolade of “Hotshots”.  Their experience and courage are put to the test in the ferocious Yarnell Hill Fire.  Based on a true story. 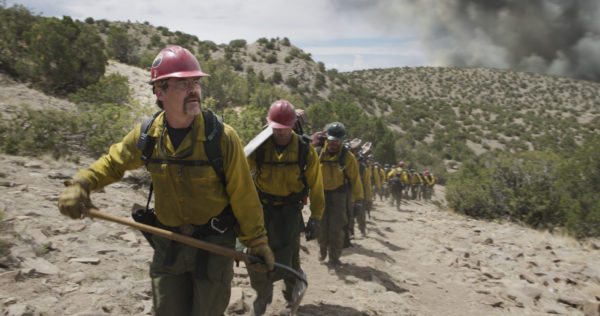 When the Granite Mountain Hotshots went out on a routine assignment to fight the Yarnell Hill Fire in Arizona in June 2013, nobody could have imagined the result would be the greatest loss of firefighters in America since 9/11.  That’s not a spoiler for Only the Brave.  The story is well documented, starting with the feature in GQ that inspired Joseph Kosinki’s film.  And, although it’s more familiar to American audiences than those in the UK, the fact that it has a well-known ending presents the makers with a sizeable challenge.

Kosinski and writers Ken Nolan and Eric Warren Singer have taken a straightforward approach and one that’s conscious of its responsibility towards the real people depicted on the screen.  The result is a solid piece of work, concentrating on developing the characters, and throwing in a few surprises, as the climax steadily draws ever closer. 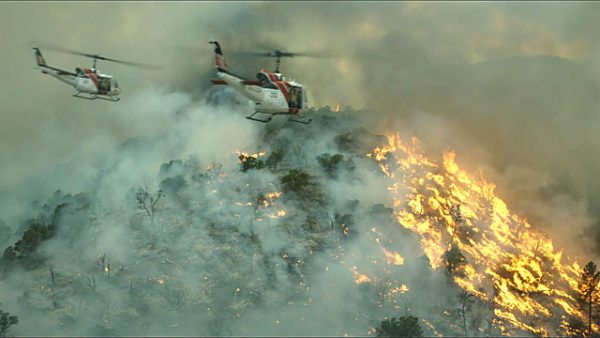 Leader of the crew, Eric Marsh (Josh Brolin) and his wife Amanda (Jennifer Connelly) have an occasionally fiery but nonetheless strong marriage.  Predictably so, it appears, until it transpires there’s a secret in their past, one that makes for a connection between Marsh and new recruit Brendan McDonough (Miles Teller), or Donut as he becomes known.  A waster who’s received the required kick up the ass when he unexpectedly becomes a father, he walks through the door needing a job.  And, despite everything, he convinces Brolin and gets it.

Most films about fire fighters involve buildings and dramatic rescues.  But wildfires destroying forests and brush land need a different approach and Kosinski takes to the skies to show the scale of their savagery.  It gives the scenes the drama they need and that, combined with our investment in the fire fighters themselves, makes for some powerful moments.  If only the same could be said for the recurring motif of a bear on fire running through the woods.  Again, watched from the air, it’s striking and full of impact but its other appearances are indistinct and, simply, a waste of a good idea. 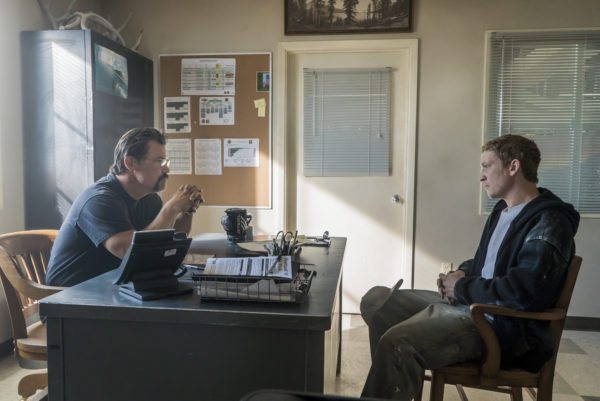 The leads make the most of their well written characters.  Brolin’s no-nonsense, instinctive fire fighter is a natural leader, although when this particular actor takes an adventure role, there’s always the worry that it’s not going to end well.  Look at what happened to him in Everest.  And, while Teller is perhaps an obvious choice for bad boy made good Donut, he gives it the necessary conviction and heart.  Best of all, however, is the camaraderie between the fire fighters and the wider sense of community that goes hand in hand with them.  The ensemble scenes are the film’s highpoints.

With a running time of well over two hours, Only the Brave is a long film, one that takes its time and occasionally feels ponderous.  But it’s also a respectful, sincere one, with its heart in the right place and there’s no sense of emotional manipulation.  The actions of the heroes speak for themselves, and that’s how it should be.