Square Enix have announced that Star Ocean: The Last Hope 4K and Full HD Remaster, the prequel to the original Star Ocean game is now available for the Playstation 4 and the PC via Steam.  Developed alongside tri-Ace, this prequel will take players on a journey across the universe.  Square Enix has released a new launch trailer which can be seen below… 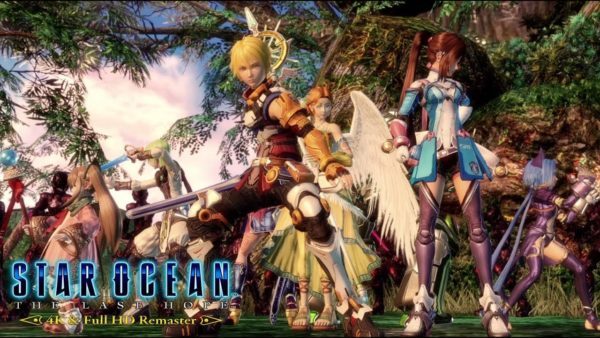 Star Ocean: The Last Hope 4K and Full HD Remaster is an action filled RPG that takes gamers across the universe in a story of survival against the odds that sees humanity travel through space to find a new home.

This remastered title includes all the features of the original including strategic real time combat, an in-depth Item Creation System and Private Action system.  Players will also be able to venture on numerous subplots associated with a variety of characters to help create a much richer and rewarding game experience.

Star Ocean: The Last Hope 4K and Full HD Remaster is available now on PS4 and Steam with those who purchase before the 12th December gaining a 10% discount.  Those who purchase from Steam within this time will receive an exclusive downloadable mini-soundtrack featuring music from the game and those who buy from the Playstation Store before 8th January will get an exclusive PlayStation 4 system theme and 12 PlayStation Network avatars.