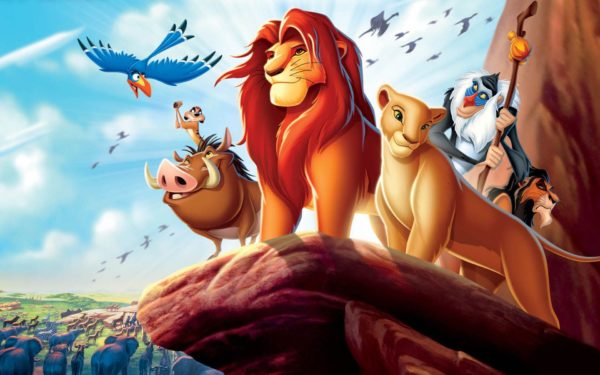 The full cast for Jon Favreau’s live-action take on Disney’s classic The Lion King has been revealed with mega-artist Beyonce being one of the last to join the film. She will play Nala as an adult and shared a photo of the rest of the cast over her Facebook page, while Disney shared via Twitter. 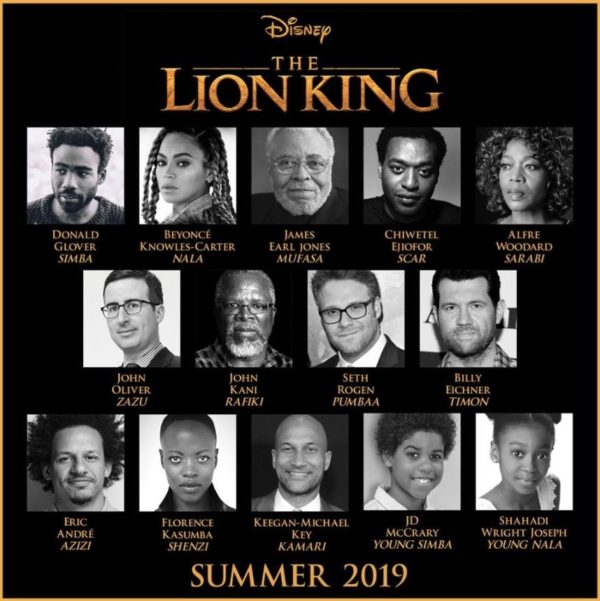 Lastly, we have Scar’s minions, the trio of hyenas. Interestingly, two of the names have changed as Banzai and Ed are now Azizi and Kamari. Eric André (Man Seeking Woman) will portray Azizi, Florence Kasumba (Black Panther) as Shenzi and Keegan-Michael Key (Friends From College) as Kamari.

From Disney Live Action, director Jon Favreau’s all-new “The Lion King” journeys to the African savanna where a future king is born. Simba idolizes his father, King Mufasa, and takes to heart his own royal destiny. But not everyone in the kingdom celebrates the new cub’s arrival. Scar, Mufasa’s brother—and former heir to the throne—has plans of his own. The battle for Pride Rock is ravaged with betrayal, tragedy and drama, ultimately resulting in Simba’s exile. With help from a curious pair of newfound friends, Simba will have to figure out how to grow up and take back what is rightfully his.