The creator of Vikings, Michael Hirst, has spoken about reinventing the series and how it was a risk to kill off a major character. 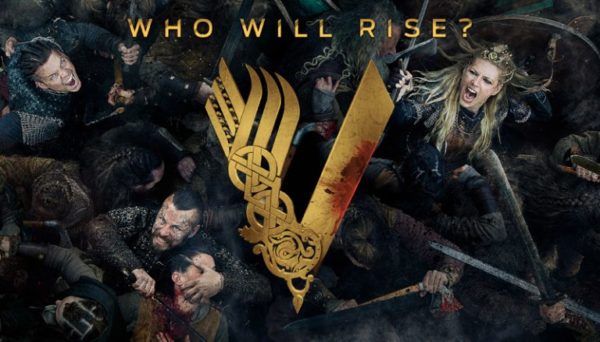 Season 5 of Vikings is nearly upon us and Michael Hirst, creator of the show, has spoken to Variety about the show’s evolution and some further details regarding the saga of Ragnar Lothbrok and his family.

Ragnar’s life came to an end in season 4 of Vikings and Hirst has admitted that it was a risk killing him off, even though it was inevitable:

“I knew that in some ways killing Ragnar was taking a chance; I was told that to kill off a major character might be problematic, but I didn’t worry about it,” Hirst told Variety. “The other sons all have some aspect of Ragnar in their characters, for good and bad. It’s a bit like the Beatles: they were four individuals who were in some ways one.”

Hirst has also spoken about the changes this will bring to the show:

“Season 5 is all about shifting allegiances and The Great Army falling apart and the brothers fighting against one another. This season we see them often at each other’s throats.”

Variety also asked Hirst about the show’s ultimate ending and if he still plans on concluding the series with the Vikings in North America:

“It is still in my mind to finish or to get where I always said I wanted to get to with this show, which is North America.”

SEE ALSO: New poster and promo for season 5 of Vikings

Season five begins with Ivar the Boneless asserting his leadership over the Great Heathen Army, while Lagertha reigns as Queen of Kattegat. Ivar’s murder of his brother Sigurd sets the stage for vicious battles to come as Ragnar’s sons plot their next moves after avenging their father’s death. Bjorn follows his destiny into the Mediterranean Sea and Floki who is suffering from the loss of his wife Helga, takes to the seas submitting himself to the will of the Gods. This season is full of startling alliances and unbelievable betrayals as the Vikings fight to rule the world.