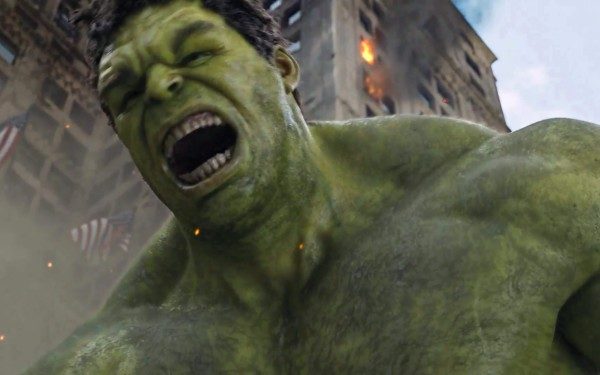 In lieu of an Incredible Hulk solo movie, which due to rights issues with Universal is unfortunately off the table for the time being, Marvel Studios announced that the Green Goliath will be getting his own three-movie arc across Thor: Ragnarok, Avengers: Infinity War and the as-yet-untitled Avengers 4.

As we saw in Thor: Ragnarok, Banner had remained in his Hulk form for two years, as his alter-ego developed more intelligence and the ability to speak, and now thanks to a set photo from Atlanta Filming on Twitter, we may have an idea where this arc is set to take us next in Avengers: Infinity War…

Well… to rock all of y'all's world a little more. Have fun figuring this out. (BTW Marvel said it was ok to put this out I have just been holding to torture everyone) pic.twitter.com/SzTmPYeDyI

As you can see from the above image, Mark Ruffalo is shooting scenes as Bruce Banner alongside Iron Man (Robert Downey Jr.) and Wong (Benedict Wong). However, you may also notice the foam grey hand reaching for his neck – the same foam grey hand which is often used as a stand-in on set for The Hulk. So, is it possible that we’re going to see Banner and The Hulk separated somehow in Avengers: Infinity War? Or could that hand belong to Thanos or one of his minions? Let us know your thoughts on the photo in the comments below…