20th Century Fox has announced that filming on its Freddie Mercury biopic Bohemian Rhapsody has been suspended “due to the unexpected availability” of director Bryan Singer, who is dealing with a health issue.

A representative for Singer stated that it relates to “a personal health matter concerning Bryan and his family [and that] Bryan hopes to get back to work on the film soon after the holidays.” It is not thought that the delay will impact the film’s planned December 2018 release date.

UPDATE: According to THR, Singer had been routinely showing up late to set, and clashing with his lead star Rami Malek. He then failed to return to the set after Thanksgiving (having apparently also disappeared during the filming of X-Men: Apocalypse and Superman Returns), leaving the producers to consider replacing him with two weeks of filming remaining.

Bohemian Rhapsody will chart the rise of the British rock band Queen through to their iconic Live Aid performance in 1985. It is set for release on December 25th 2018 in the States and December 28th 2018 in the UK and features a cast that includes  Rami Malek as Freddie Mercury, Ben Hardy as Roger Taylor, Gwilym Lee as Brian May, Joe Mazzello as John Deacon, Lucy Boynton as Mary Austin, Aaron McCusker as Jim Hutton, Aidan Gillen as John Reid, Tom Hollander as Jim Beach, Allen Leech as Paul Prenter and Mike Myers in an as-yet-unrevealed role. 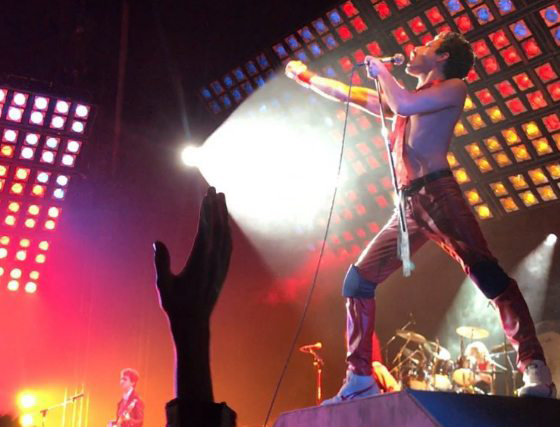