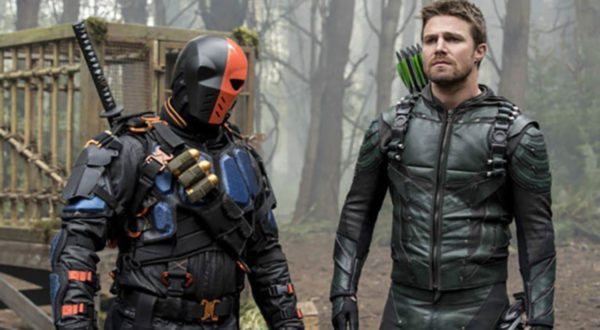 If you were hoping to see more of Manu Bennett’s Slade Wilson in the latest season of Arrow, you will likely be disappointed with the latest comments from executive producer Marc Guggenheim, who has revealed that the character is currently not available to the Arrowverse due to his use in the DC Extended Universe.

“These are DC’s characters, we’re just renting them you know, so we use the characters that they tell us we can use when we can use them, and we work around whatever limitations that places us,” said Guggenheim. “For a time they were saying ‘you can’t use Deathstroke’, and that changed and we were able to have Slade Wilson back on the show, and now we’re back to ‘you can’t use him’. They’re working on the feature film version, it really is sort of now that you’ve got obviously Slade, spoiler alert, Deathstroke appears at the end of the Justice League movie.”

As Guggenheim states, DC plans to follow up Deathstroke’s appearance in Justice League – where he was portrayed by Joe Manganiello – with a solo movie, which has Gareth Evans (The Raid) attached to direct.

It certainly seems to be a bit of a bizarre situation at DC, where characters such as Harley Quinn and Deathstroke are unavailable, whereas The Flash has his very own show.