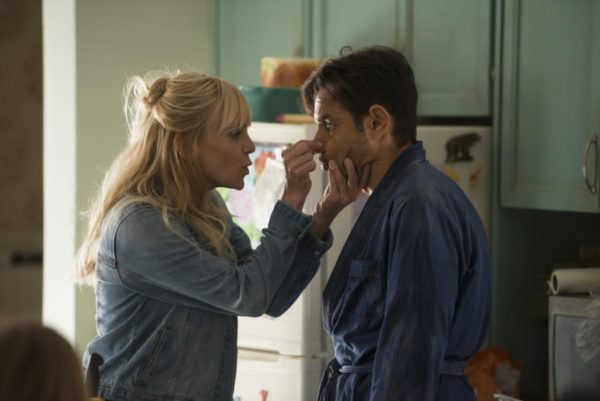 The original film saw Goldie Hawn as the rich heiress suffering from amnesia, with Kurt Russell as a carpenter who then convinces her that they are married. The remake sees Derbez taking on the role of a spoiled, wealthy playboy, who is thrown overboard and becomes the target of revenge from his mistreated employee, played by Faris.

In a splashy new twist, Overboard focuses on “Leonardo” (EUGENIO DERBEZ), a selfish, spoiled, rich playboy from Mexico’s richest family and “Kate” (ANNA FARIS), a working class single mom of three hired to clean Leonardo’s luxury yacht. After unjustly firing Kate and refusing to pay her, Leonardo falls overboard when partying too hard and wakes up on the Oregon coast with amnesia. Kate shows up at the hospital and, to get payback, convinces Leonardo he is her husband and puts him to work – for the first time in his life. At first miserable and inept, Leonardo slowly settles in. Eventually he earns the respect of his new “family” and co-workers. But, with Leonardo’s billionaire family hot on their trail and the possibility of his memory returning at any moment, will their new family last or will Leonardo finally put the clues together and leave them for good? 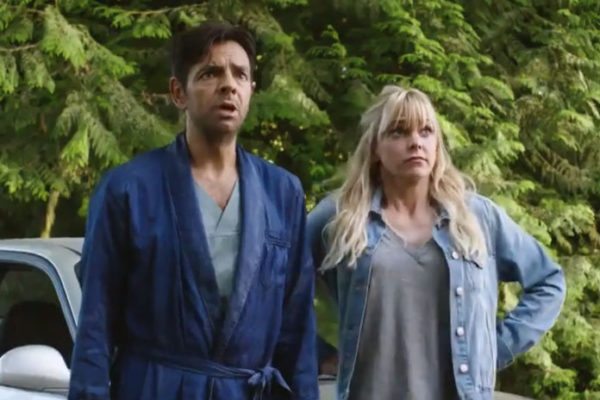 Overboard is set for release on April 20th.