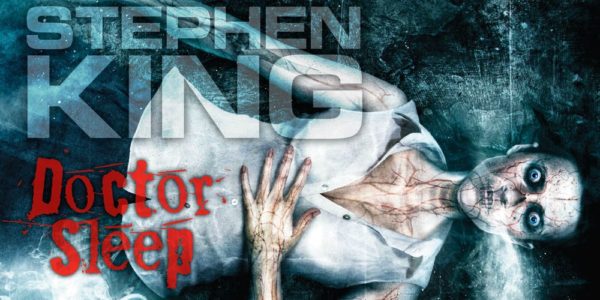 Stephen King’s novel Gerald’s Game was long thought of as an unfilmable book due to the story taking place in a single location, as well as its controversial subject matter. Also… that hand scene!

However, director Mike Flanagan really knocked it out of the park with his Netflix adaptation that released this past September [read our review here]. The film, at times resembling a stage play, could have easily been boring. Yet, the film managed to keep the momentum going even with our protagonist chained to a bed for a large chunk of the film. An impressive feat to be sure, and this film is just one more example of a Stephen King property done right.

So what’s next for Mike Flanagan? Sitting down with Lilja’s Library, the director was asked about other Stephen King novels that he’d like to work on. He had two in mind, but one choice in particular stood out:

“There are so many. But the ones I’d want to do the most are Doctor Sleep and Lisey’s Story. In both cases, it’s because I identify with the protagonists so much. Lisey’s Story is a stunning piece of work, a beautiful exploration of marriage. And who wouldn’t want to venture back into the world of Danny Torrence?”

In case you are unaware, Doctor Sleep is a sequel to Stephen King’s classic novel The Shining. The book follows a grown-up, and traumatized Danny Torrence who, like his father, struggles with drinking, and fits of anger. The book centers around “Dan’s” psychic abilities, and how he can cope with them.

Mike Flanagan has gained a lot of credibility among the horror community with Gerald’s Game, and it would be fascinating to see a sequel to The Shining adapted to film. Aside from the Stanley Kubrick adaptation — which, famously, deviates from the book considerably — we only have gotten a (fairly decent) TV miniseries of The Shining.

Would you like to see Doctor Sleep adapted for Netflix? Let us know in the comments!