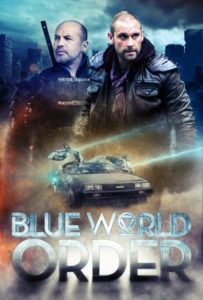 The film is set in a post-apocalyptic world in which civilisation has crumbled. A massive electromagnetic pulse has killed all children on the planet with the exception of Molly (Billie Rutherford), the daughter of Jake Slater (Jake Ryan). 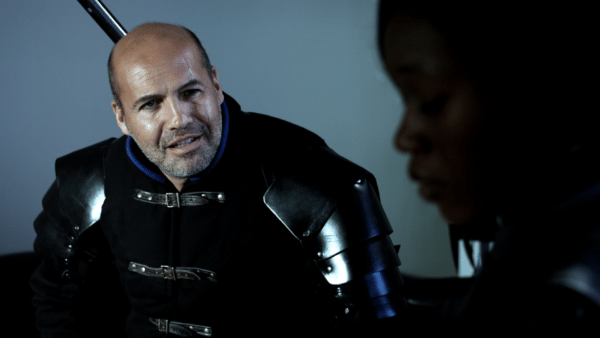 Post-apocalypse films have been a popular B-movie staple for decades now. They’ve always stemmed from the impending threat of nuclear armageddon in real life. During the cold war we had a spate of Mad Max inspired post-end of the world exploitation films. Not that they have particularly slowed down, but after the reasonable success of Mad Max: Fury Road, as well as immensely popular TV shows like The Walking Dead or video games like The Last of Us, there has been a significant rise in direct to video (on demand) post apocalyptic thrillers.

One thing, even in the golden age of 80’s video trash spectaculars (often featuring a star on the wane like David Carradine) that was evident was the ability to shoot these films for extremely low budgets. Some kind of desolate sand infused setting, a few rusty barrels placed around as “set dressing” and you have yourself a post-apocalyptic wasteland. Blue World Order, written and directed by Dallas Bland and Che Baker, doesn’t go the desolate desert route but more the abandoned outer City variety of post-apoc action thriller.

Set in a world where civilisation has broken down and children have been nearly wiped out by an electromagnetic pulse, one man, whose daughter may well be the last child alive, must battle to survive and find a way to wake his comatose daughter (and keep her out of the wrong hands).

Playing out like a mix of Mad Max, The Last of Us and Children of Men, Blue World Order is a satisfactory if uninspiring genre entry. What it has in its favour is a decent pace, with a good amount of action and an injection of humour to ensure that the film isn’t too serious. Audiences would struggle to sit through a low rent version of The Road for example.

The plot as it unfolds doesn’t particularly hold up to scrutiny but the cast offer sincerity. Jake Ryan is a likeable leading man whilst Billy Zane and Bruce Spence pop up in supporting roles to give the posters more marketable names (at least in the theatrical bypass arena). Zane in particular has fun. The film looks nice. These days in fairness, if you arm yourself with a decent camera and don’t butcher the picture with too much post interference in the editing and grading, it’s hard not to have a nice looking picture. Between the directors, camera crew and editor James Lane, they’ve made a largely attractive film, albeit with the odd slip with some filters that go a little too far (such as overtly monochrome or a little heavy on the blue in a few scenes, without it really being that effective). However when they keep a balance in the palette the film looks nice.

Not that great but not terrible. Blue World Order is a watchable post-apocalyptic thriller. It doesn’t offer anything new but in a genre with more woeful films than good, this certainly ranks above average and as far as modern VOD action, it doesn’t succumb to erratic shooting and cutting. It may not get beyond visually efficient but at least there’s clarity.