With less than a month to go until the season 11 premiere of The X-Files, a new trailer has arrived online for the paranormal drama series along with a new image featuring David Duchovny and Gillian Anderson’s Mulder and Scully, and guest star Brian Huskey; check them out here…

SEE ALSO: Gillian Anderson thinks The X-Files season 11 will be her final outing as Dana Scully 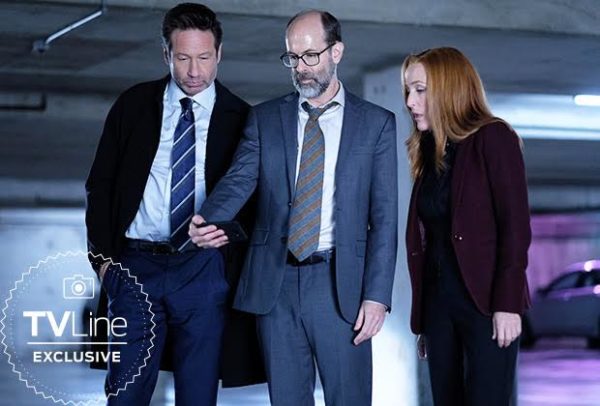 SEE ALSO: `Watch the trailer for The X-Files Season 11 here

The new season of The X-Files sees the return of David Duchovny, Gillian Anderson, Mitch Pileggi, William B. Davis, Annabeth Gish, Robbie Amell and Lauren Ambrose, while new additions include Barbara Hershey and Brian Huskey. It is scheduled to premiere on FOX on January 3rd.