With the release of Avengers: Infinity War fast approaching, it’s getting hard to contain our excitement for the Marvel superhero epic, which is set to serve as the culmination of everything we’ve seen in the Marvel Cinematic Universe over the past ten years.

Speaking at Ace Comic-Con this past weekend, Chris Evans has been reflecting on his part in the film’s enormous ensemble cast, as well as sharing his own excitement for the final product, stating confidently that “Marvel doesn’t miss”.

“That was the best part of this movie, is that you really kind of, it really was for the first time for me feeling like… the first few movies it’s almost like it’s happening to somebody else,” said Evans. “You kind of feel like you’re watching it happen, but you’re not actually a part of it. This was kind of the first movie where you actually felt like you had a seat at the table and you belonged and it was so nice to have all these other franchises that you’ve watched and admired come to a set where you’re like oh man, I belong here, and all these great people are part of a movie that we’re all doing together, and it was just wonderful because all of those franchises, well, let’s be honest. Marvel doesn’t miss. They haven’t missed yet. They’re batting a thousand. I don’t know how they do that. They don’t miss and so to see all these actors come together from all these other franchises that I’ve seen as fans be exchanging dialogue with me was overwhelming and really just so satisfying because really truly, there’s not one bad apple.”

Evans is certainly correct that Marvel has an extremely impressive track record, which will hopefully continue this year not only with Infinity War but also Black Panther and Ant-Man and the Wasp. 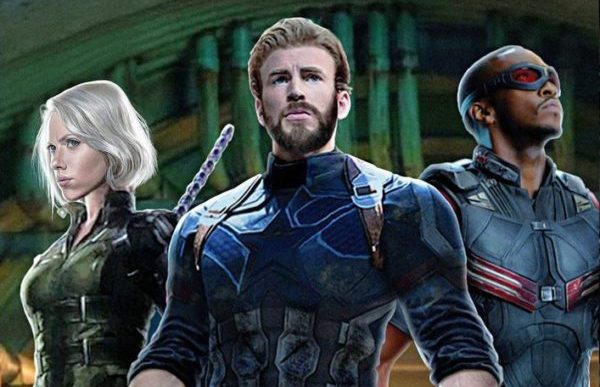