Tai Freligh interviews Lisa Linke from This Is Us…. 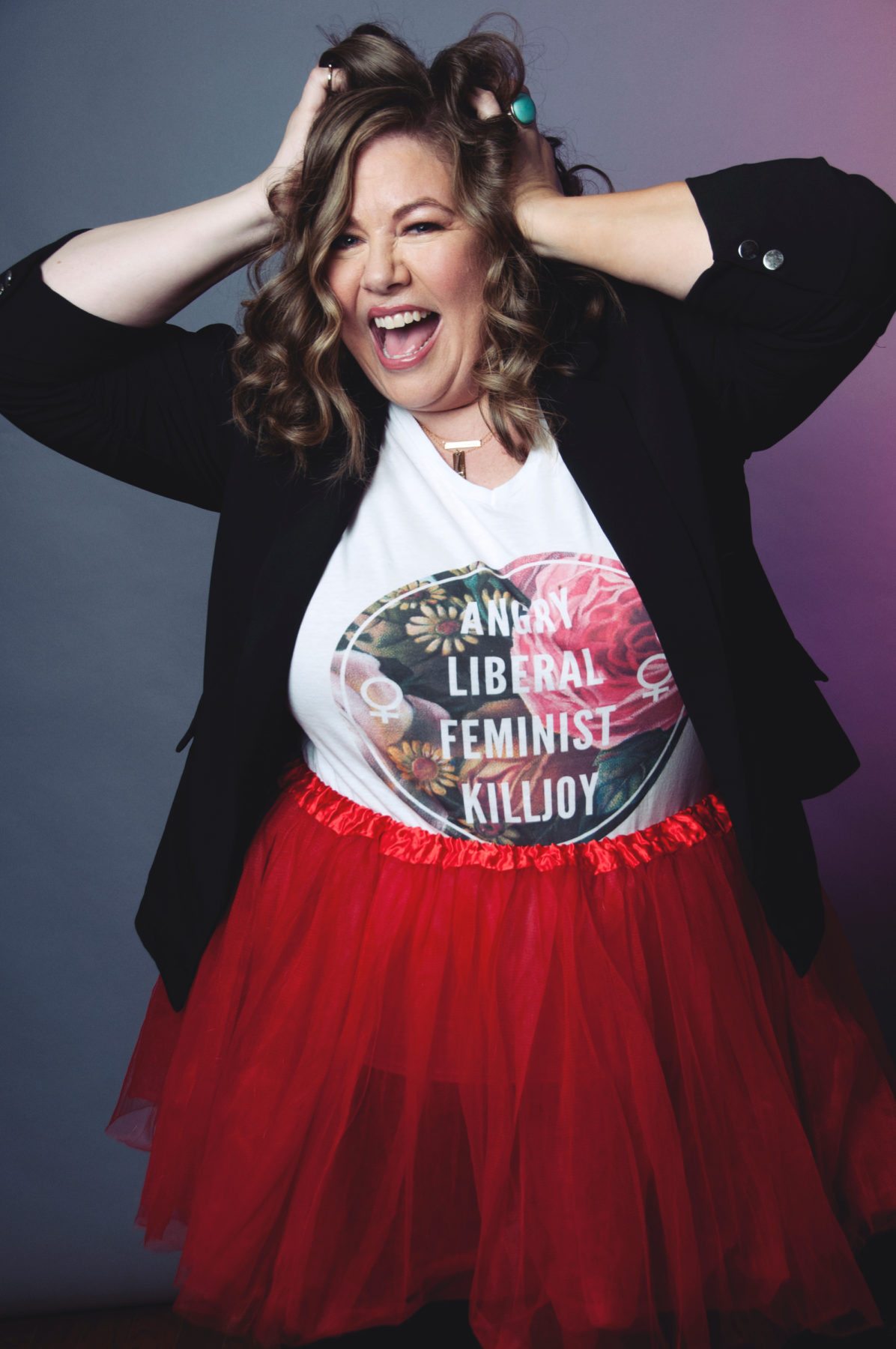 Lisa Linke is known for her series regular role on Successful People, a comedic web series about a songwriting duo struggling to make it big surrounded by a world full of successful people. The show is streaming now on Amazon Prime. She has also lent her talent to a variety of hit television shows including a recurring on Teachers as well as appearances on Black-ish, Modern Family, Shameless, and most recently This Is Us. She has upcoming appearances on the hit Netflix show LOVE and Disney’s Bunk’d. Tai Freligh from Flickering Myth interviewed her about her shows and upcoming projects.

Having done mainstream television acting, how is doing a web-series different in terms of production and process?

What a great question! It is very different – for most people. There are afew web series that have huge production values, so their actors’ experience would be sort of similar. For most everyone else, a web series is similar to film and TV, just on a much smaller scale. Fewer crew members, locations, smaller scale of production, etc. If you’re producing the content, on the other hand, it’s a whole different ballgame. You now are responsible for so much of the production – usually from tip to tail: casting, securing locations, hiring crew, paperwork, craft services (often you make the food!) and props and costumes – you can end up doing it all. Which saves money vs. hiring someone to do it, but doubles your stress and work. When you produce and act or direct the same project, it’s a real hectic time, but if you hire the right people to support the project, it can be the most fun. Plus, you’re usually working with all of your friends, so it feels like fun instead work.

When you show up as an actor on a TV set, on the one hand it’s really thrilling because that’s all you have to do: act. You don’t have to worry about if the location is going to fall through or if a crew member is running late; you get to just focus on one job, which is really freeing. I found that working on my own web series and content really helped me understand how to best be of service to the collaboration that is TV/film: to do my part, only my part, and to do it well: be prepared, be reliable, on time, and able to do whatever’s asked of me. 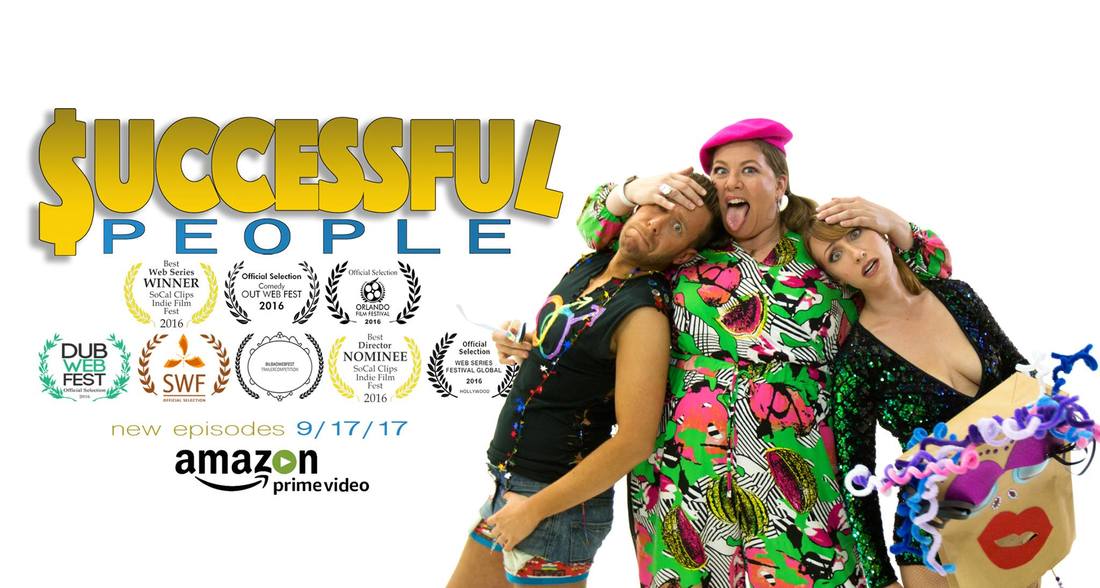 Tell me about the Successful People webseries and how that came about?

My friend Artie O’Daly and Theresa Ryan created the web series, about two singer/songwriters who feel like success keeps passing them by and are willing to do anything to get it. It gets wild. I met Artie in my acting class, and then I was in one of his shorts, and that led to him asking me if I could play Kimberly Hawkes – the high school friend of his character, Chet. We had an absolute blast on set that day, and I got to be this insanely annoying, obnoxious, rich socialite who ends up helping Chet & Laura get the leg up they have been looking for. It’s always fun to be super annoying characters, who are completely unaware of how awful they are!

After a great first season, Artie & Theresa invited me back for Season 2, and this time instead of one episode, I was a series regular, playing their manager. This was incredible because a) more fun days on set, b) more wild behavior from Kimberly and c) more bizarre outfits from her – think jungle-themed jumpsuits and raspberry berets. Literally.

Both seasons are available on Amazon Prime and are super fun to watch – lots of high-stakes comedy and ridiculous situations!

What has your experience been acting on such network television shows as Black-ish, Modern Family, Shameless, and most recently This Is Us?

I’ve had the best time. The best! First of all, how awesome is it to book a co-star on a huge show that all your friends (and even your mom) watch? Then, to work alongside people you love to watch, and see how they operate on set, study them while they are acting – there’s nothing better. And of course, it always feels good to add work to your resume. When you’re a working actor, the majority of your time is spent trying to book work, so when you’re on set, you really relish those days.

How did you go from comedy to acting?

What do you think about the way content creation is going in terms of Amazon and Netflix producing more and more original content and not just re-airing other people’s stuff?

I think it’s amazing! For someone like me, who creates their own content, it’s very validating and great to see more opportunities. As an actor, there are more scripted shows on more platforms than ever before – so more opportunities to work! And since these subscription platforms can take bigger risks than networks or premium cable, the content coming out is fun to watch.

On the flip side, there are more scripted shows on more platforms than ever before – so the content has to be really good to cut through the clutter. Nobody can watch all the content that is out there. They just can’t.

On the whole, my hope is that over time, content not only gets better, but there are more stories being told by people who don’t normally have a seat at the table. Which can only be good for everyone!

What has been your favorite acting experience to date?

I have a blast whenever I’m on set because – I’m working!

The day that I shot Modern Family was kind of special because they were on location and Chris Martin from Coldplay was there. He was truly the nicest human ever – and the crew and cast were really excited to have him on set. It was super fun.

What a great question! I use social media in different ways, and that’s what I love about it – everyone gets to use it the way they want to. For me, twitter is my political and one-liner mainstay, my personal Facebook is really just me keeping up with my friends, my public Facebook page is where I promote my work and appearances and Instagram is where I broadcast my life: through stories, posts, and my weekly live comedy show.

Favourite platform and why?

Instagram has taken over as my main squeeze. I love Instastories! The Live option is awesome: I do a weekly live show on my Instagram, called #SuggestionSundays, (12:30 pm pacific/ 3:30 eastern / 8:30 gmt) where I improvise for 20-30 minutes, with guests and using the comments as suggestions. It’s really a fun way to engage and IG is coming up with new functionality all the time, so I get to figure out how to incorporate that into my show structure. Then afterwards, I can tag people who participated in my story or in my feed. I am not always the biggest fan of algorithms but I do love the functionality.

Fill us in on any upcoming projects you have on deck?

I’m on the next season of LOVE on Netflix, and I have a guest star on a Disney show coming out this year. Plus, I’m always creating new content. I make parody YouTube videos for this character I have, who can’t wait for President Pence. She loves Mike Pence. 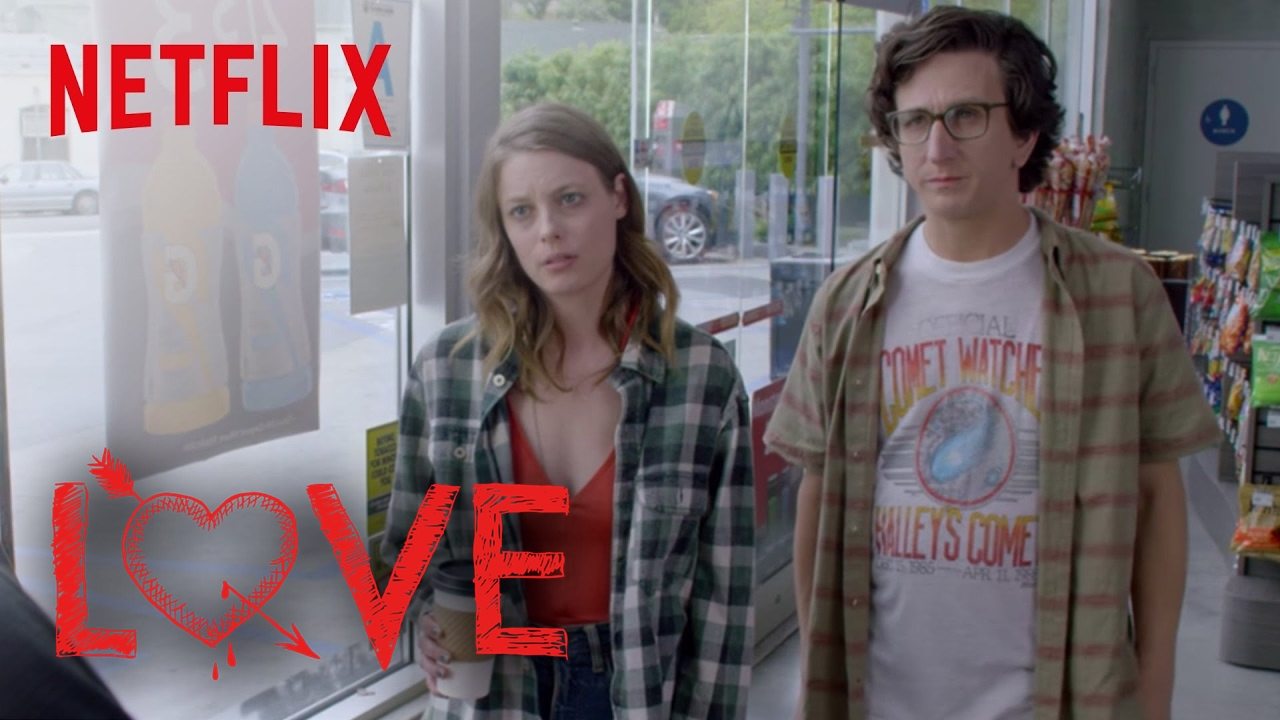 Being a Midwesterner, I always have a wonderfully stocked pantry, a Go Box/Bag and well-behaved dogs that I won’t have to worry about.

Fine: I have a deep-seated rage that will allow me to gleefully stab zombies in the head, using any blunt instrument without guilt.

Who is your comedic hero?

This is a tough question right now.  My biggest fear: I name someone and then ten minutes later they start trending on twitter.  At the risk of sucking all the energy out of this speed round, I cannot in good conscience answer this quickly.

My ideal comedic hero is someone who takes risks and then is willing to acknowledge, years later, that the risks they took are no longer funny in today’s context. They don’t choose a shitty tweet from 2013 to go down with the ship. They do delicious, difficult satire. They haven’t sexually assaulted anyone, ever. They are super inclusive. Seems like not too hard of a list, right?

So… at the risk of naming comedy geniuses only to be disappointed down the road when they insist their rape joke tweet from 2007 was actually funny:

Most of these brilliant people create their own content – which is MY JAM.

But Dave Chapelle’s Netflix special is next in my queue.

I do watch The Daily Show and The Opposition every day.

If not acting or comedy, what would you be doing right now?

We thank Lisa for taking the time to answer our questions.  She can be found on the following social platforms: