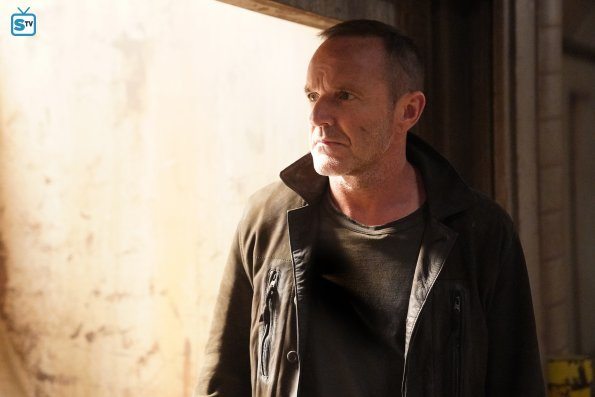 Following the events in ‘Fun and Games’ last week Together or Not at All’ unsurprisingly barreled forward, our heroes revealed and on the run. In the episode’s opening minutes Fitz, Simmons and Daisy’s best means of escape is obliterated as their ship is blown to pieces in front of them, setting the tone for the episode ahead. This week did reunite the team (minus May) amid such chaos and allowed for some brief but effective moments of heart, hitting home just how much these guys need a break. It’s a further testament to the show’s writing and character building that small moments like Coulson and Daisy embracing or Mack seeing Fitz again bear considerable more weight than their briefness might suggest.

Daisy is still inhibited so as they flee she needs to rely on her hand-to-hand combat with no Inhuman powers to aid her. That wouldn’t be such an issue if they weren’t pitted against the Kree. Fitz though is able to crudely remove Simmons’ implant before the three attempt to outrun Sinara and an assault-rifle wielding Maston-Dar. The fact that Maston-Dar insists on hunting his prey with their own weapons actually added a nice level of tension, live rounds feeling far more visceral and dangerous in the claustrophobic confines of the Lighthouse. It isn’t long before Deke is inevitably back in the mix and wonderfully playing off Daisy, Simmons and Fitz. Daisy greets him with understandable hostility but it’s clear that Deke is ultimately on their side and with Sinara and Maston-Dar nearly upon them they have little choice but to allow Deke to help and accompany them to temporary safety. 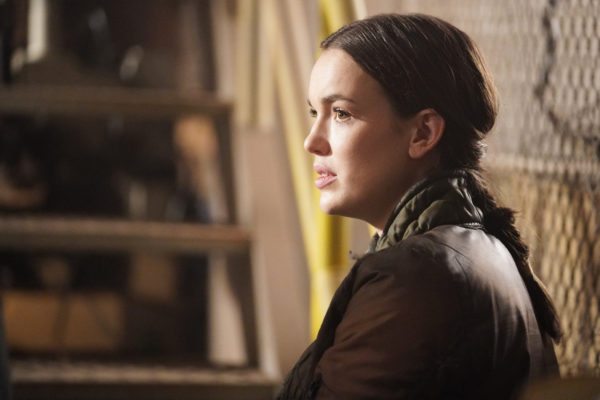 Outside the room, having glimpsed the growing jealousy and anger in Sinara it was more satisfying than surprising to see her turn her orbs on Maston-Dar killing him. Faulnak took the power from Kasius but Sinara is not as easily disregarded. What initially appeared to be Sinara creating an opening at Faulnak’s side transpired to be Faulnak’s end as Kasius drove a bayonet through his chest, quite literally stabbing his brother in the back. This turn of events further peeled back the curtain on Kasius and Sinara’s relationship revealing a dependence and understanding between them that evidently runs deeper than I had assumed. Seeing Kasius rub the warm blood of his brother onto his face, perhaps trying to see what Faulnak relished so much about killing was a great moment, made better since Kasius goes to such lengths to appear pristine and perfect. This is likely spurred by a new chance of freedom for he and Sinara but above all else, the chance of recognition from his father. Now that the pair have such a tangible goal it enforces all of their actions going forward, making them far, far more compelling characters.

As in ‘Fun and Games’, Flint was a big focus this week finally learning of Tess’ death, bringing the emotional impact of her demise that was missing from last week. Through Flint we feel the ramifications far more than we could from any of our main cast who never had the opportunity to establish that kind of bond with Tess. Mack does his best to try to be there for Flint while understanding there’s not a lot he can say or do to help ease his pain; Flint barely knows Mack and has little reason to confide in him. As viewers it’s obvious to us why this kid’s plight would tug at Mack’s natural paternal instincts and while I foresaw Flint’s decision to remain on the Lighthouse I was a little more surprised that Mack and Yo-Yo opted to remain with him. This is admittedly largely due to the fact I was predicting the ‘space’ arc to wrap up next week but now I’m really not so sure. 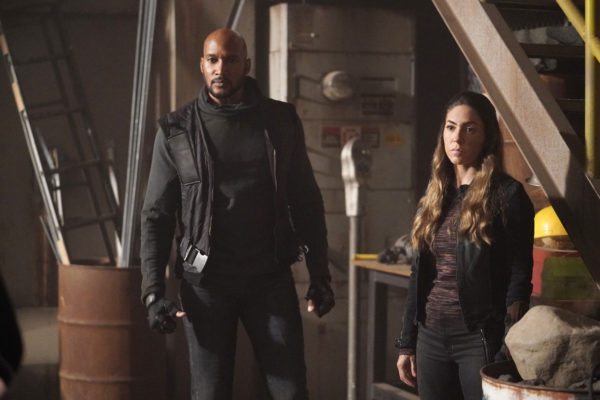 Among everything ‘Together or Not at All’ gave us our first proper look at what remains of the Earth’s surface as we saw May (in pretty bad shape) struggle to escape roaches only to be saved by Enoch. Robin’s subsequent reveal was a genuine surprise and practically guarantees us some of the answers we’ve been waiting for since our team were first transported to space. If this week has told me anything it’s that I seriously doubt our team will be returning to Earth next week. I would imagine we are seeing a shift of focus from the Lighthouse to the surface of the Earth but we are not done with this space adventure. This week gave the likes of Kaisus, Sinara and even Flint such good material that they now feel far too layered to become expendable or, worse, obsolete next week; the writers are clearly setting up something bigger and once more, happily, I have no idea where this is going.