In a sub-genre that has swallowed up contemporary culture in a way that nobody saw coming when George A. Romero’s groundbreaking films captured the Vietnam or consumerist zeitgeist of their respective eras, David Freyne’s contribution to the zombie movie poses the question “what happens when the undead return to life?”

It’s the primary concern of Ellen Page’s widow, who welcomes her previously infected brother-in-law, Senan (Sam Keeley), into the marital home, as he attempts to rebuild his life in the face of societal prejudice and the burden of hiding life-shattering secrets. 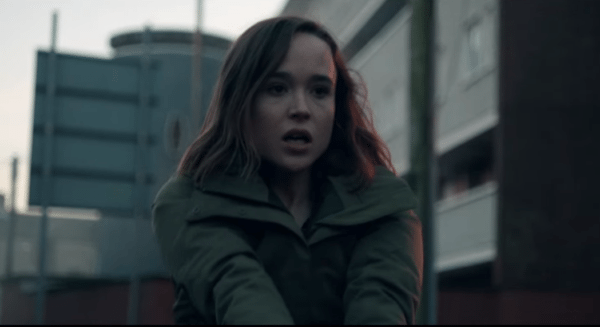 Few genres are as mineable as horror when it comes to subtext. Vampire movies have always had the AIDS allegories bubbling below the surface, and historically the very best zombie movies have tapped into a moment of cultural importance. So intentional or not, The Cured could very well be the first post-Brexit horror movie.

Reading it on that level is unavoidable; replace the cured with immigrants, viewed as outsiders, flowing back into the city like asylum seekers, imbuing the locals with a fear of the unknown. Or it could be taken as an attack on the rehousing of offenders straight out of the criminal justice system. It’s testament to the film that you can read it on such different levels, as well as enjoy it as the kind of movie where you get frustrated because EVERYONE HABITUALLY LEAVES DOORS OPEN BEHIND THEM!

Ellen Page is quietly brilliant as the single mother dealing with grief against such a bleak backdrop. Her subtlety adds to the unsettling quiet that hangs over the film as you wait for the inevitable carnage. As with most zombie narratives these days, the spectres are often a sideshow to the characters and themes, so the fear factor doesn’t come from the infected ghouls but Tom Vaughn-Lawlor’s Connor. Shunned by his family for the horrors he inflicted whilst a zombie, he runs an activist-come-militant group who’re increasingly more aggressive than progressive, and he’s a more creepy presence than any member of the undead.

Sadly, for all of the ideas and 28 Days/Weeks Later vibes, The Cured can’t quite carve out its own identity. Coming off as a low-budget pilot for a TV show that has the potential to get better. It’s all framed a bit unimaginatively and executed in such a low-key fashion, that it never really gets the blood pumping, and for a horror, that’s a pre-requisite.