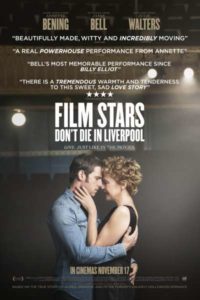 A romance sparks between a young actor and a Hollywood leading lady. 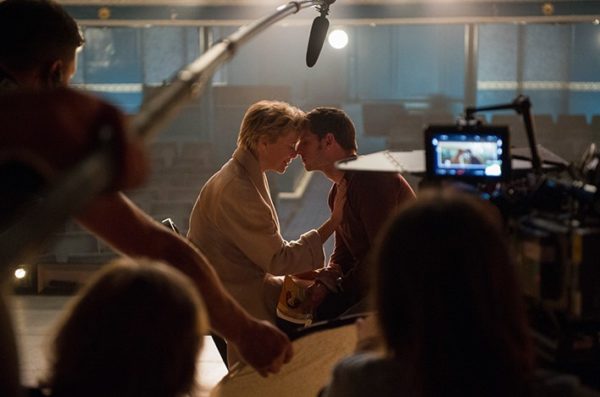 Apparently, getting Film Stars Don’t Die in Liverpool off the ground and into production has been a long-gestating process upwards to nearly two decades, which is quite a shame considering how tender, genuine, and unique a romantic story it is, playing with generational gapped relationships, Hollywood fading star insecurities, life-threatening cancer, and conflicted emotions. More importantly, Annette Bening taps into some classical Golden Age actress beauty portraying Oscar-winning Gloria Grahame with an appropriately seductive voice, in turn, pulling off an irresistible charm. It’s all crucial to the performance as she locks into an intimate, semi-serious rapport in 1979 with Peter Turner, a 28-year old lad half her age (the film is also based off of his memoirs of the same name).

Likewise, Jamie Bell is exceptional in the performance (the breakout Billy Elliot star delivers a career-best showing) as a struggling actor falling madly in love with the actress unable to find her footing on stage after unsuccessfully making it in the transitioning cinematic landscape from black-and-white to color. Their shared infatuation with film sparks the fireworks in a number of believable ways, (especially a quick sequence where the pair check out, the then brand-new, Alien in the theater), which is a glaring flaw in many recent romantic dramas. 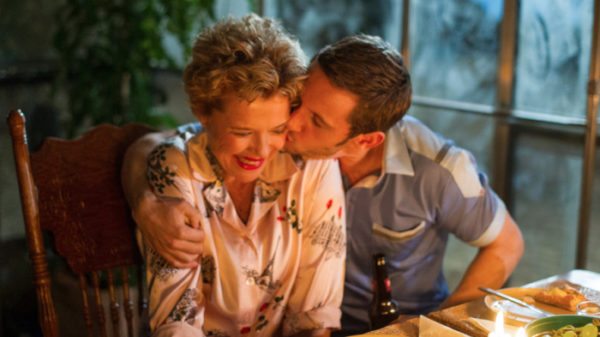 However, those are actually the flashback sequences, as in 1981 a separated Gloria and Peter reunite in his family home after she falls ill with indigestion problems (a cover-up lie to lessen the gut-punch of her breast cancer), and as one would expect it allows the actors to juxtapose the fervent highs of love with depressing tragedy. The altering timelines allow Jamie Bell and Annette Bening to develop further layers to their characters, both filled with pain expressed in different ways and also regret, for reasons I won’t spoil. Let’s just say that there is a nasty argument a little over halfway in the movie that winds up heartbreaking once the truth of what’s happening is revealed. The editing between present and past is executed in overly sentimental and clunky fashion, but director Paul McGuigan (helmsman of action blockbusters such as Lucky Number Slevin and Victor Frankenstein) always swiftly rebounds by immediately placing the affectionate couple into an interesting scenario revealing more details about their personal lives.

Although, it is here that Film Stars Don’t Die in Liverpool stumbles somewhat, as the script acknowledges some questionable past behavior on the part of Gloria with her four husbands and four children (a bombshell is dropped that she left one of them for a stepson she first had sexual relations with at 13) but glosses over the fact as fast as it is brought to light. Sure, Peter is rightfully stunned by the revelation, and it’s perfectly reasonable that he accepts the past for what it is to continue being the significant other for the woman he loves in the present, but there is also the sensation that the filmmakers are trying to ignore an unsavory history. Elaborating on that, biopics that are afraid to dive into their central subject’s flaws just as much, if not more, than what inspires or renders them celebratory, often go down as one-sided and not the strongest presentation of the truth. It’s perfectly okay to showcase the negatives while simultaneously accentuating the positives 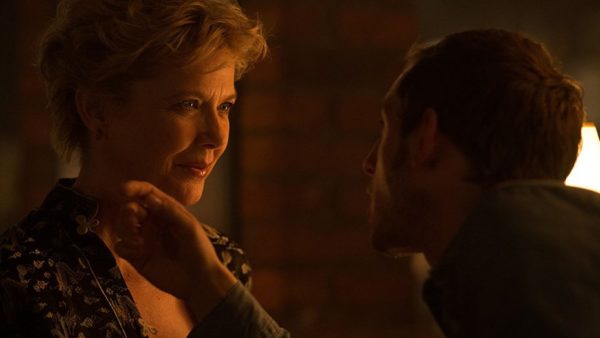 Furthermore, it would have been nice in general to know more about Gloria’s previous families; why does she have four children from four different ex-husbands yet rarely sees any of them? At least there is a segment dedicated to showing the ugliness and jealousy of her immediate family, but there should be more to Gloria. Unfortunately, there isn’t, as Gloria is more of a co-lead than the star, meaning that half of the film is about Peter (again, the film is based on his memoirs) and his journey to accept what is becoming of his flame. More attention to Gloria would also make a certain outburst more sympathetic and/or easy to relate, rather than easing viewers into siding with Peter as he hurls out a few hurtful remarks. That is, until the reveal anyway.

Focusing on what Film Stars Don’t Die in Liverpool is rather than what it isn’t, this is a heartstrings-tugging depiction of love in full force along with the unimaginable sadness and strain that something as foul as cancer can put on those burning desires. Annette Bening has received four separate Academy Award nominations regularly getting recognized once every five-six years, and well, it’s been six since her last fight to bring home some gold. Depending on how Sony wants to campaign her performance, this could easily be her year in the Best Supporting Actress category. However, Film Stars Don’t Die in Liverpool is also upper-echelon work from everyone involved and a powerful portrait of Hollywood love that never gets unbearably mushy.