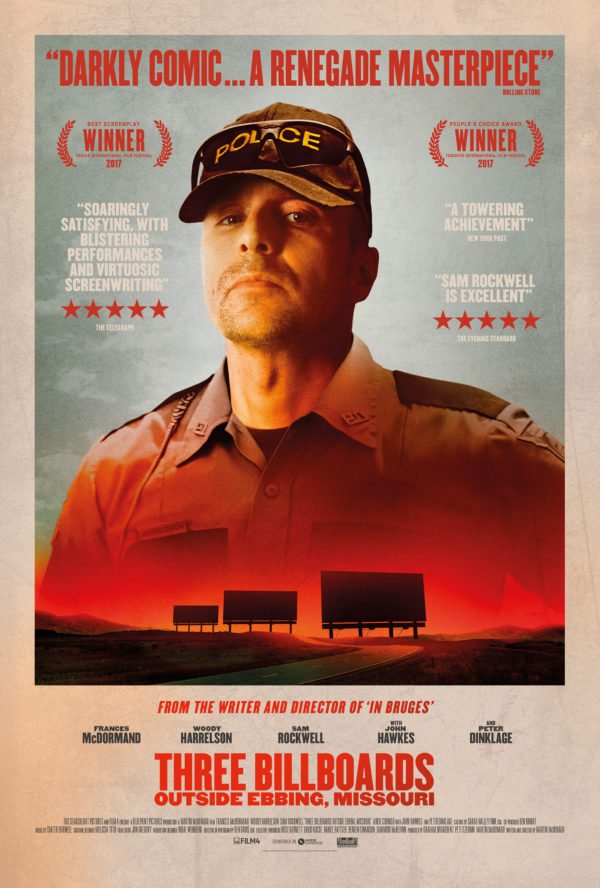 So after doing a piece on the fantastic Frances McDormand, sticking with the Three Billboards Outside Ebbing, Missouri connection, it seemed apt to do a piece on an actor who has always slipped just below the radar. Sam Rockwell is always great and he’s had his share of roles in critically acclaimed films. Not that Oscar recognition is the foremost watermark on an actors CV, but the fact that even a nomination at this point in his career has eluded him is more than a little harsh.

He’s had a prolific career with some great films (and not so great). Even in some of the less stellar efforts always feature a solid turn from Rockwell. Similarly, he’s had significant parts, maybe fourth/fifth billed in a film. It’s hard to get an Oscar nomination if you’re beginning to get too far down the billing. See The Green Mile as an example. Great performances throughout, and Rockwell is superb among them.

Rockwell first came to my attention in perhaps his greatest ever role…as ‘Head Thug’ in Teenage Mutant Ninja Turtles. Okay I jest but everyone needs to start somewhere I guess. It wasn’t his first role but it’s one many, who have followed his career, may first remember. The one which I really first significantly remember (because he got somewhat overshadowed by the Turtles and Casey Jones in TMNT) was a standout role in an indulgent, fluffy piece of passably enjoyable guff called Charlie’s Angels. This odd, overtly colourful and hideously giggly film with ludicrous wire-fu also had brilliantly committed villain performances from Crispin Glover and Rockwell. Likewise, Bill Murray is superb but for very different reasons, given it just seems like he strolled in on set, completely on his own wavelength, thinking very little of what he was in and being bone dry and mockingly hilarious. That said, Murray’s riffing aside, the one who was really great, and to an extent just having a lot of fun indulging his bad side in a role that probably offered nothing on paper, was Rockwell as the mid-film reveal villain with a penchant for disco dancing. If you ever watched and grimaced at the villain in A Good Day To Die Hard in all his quirky, dancing ingloriousness then Rockwell shows exactly how that villain in his creation could actually have worked. It takes the right performer. 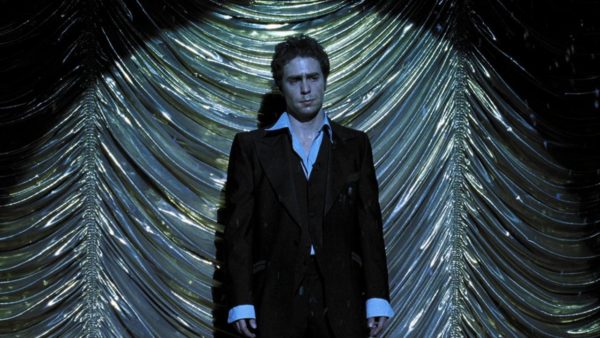 Rockwell then had a turn in a film that virtually bypassed theatres. It’s a sadly underrated, wildly imaginative gem of a bio pic that’s stylish, funny and loaded with great performers and it is perfectly exaggerated given the subject of the piece. Confessions of a Dangerous Mind was part bio pic, part cold war Spy film, with Rockwell starring as The Dating Game creator, Chuck Barris who claimed that whilst running a host of TV shows (including The Gong Show), he was moonlighting for the CIA as an assassin. Far fetched yes, though the reality of his testimony is always called into question through the intermittent real life interviews of those who knew him. No one remembers this film and it’s tragic because it’s a fantastic film about a fascinating character. It’s got an all-star cast, all on point. It’s got Rutger Hauer in it (which is always a bonus point in my book) and he’s fantastic. Rockwell’s performance is mesmerising. Perfectly showcasing the manic energy and mental instability of a character who either was leading a double life, or invented one. Either way, it’s going to make him an oddball. Likewise, George Clooney’s directorial debut is extremely well put together and visually engaging. I felt back then that Rockwell was worthy of an Oscar nomination for that performance, in a film sadly too small and off the radar (and without the marketing money power) to attract the Academy. 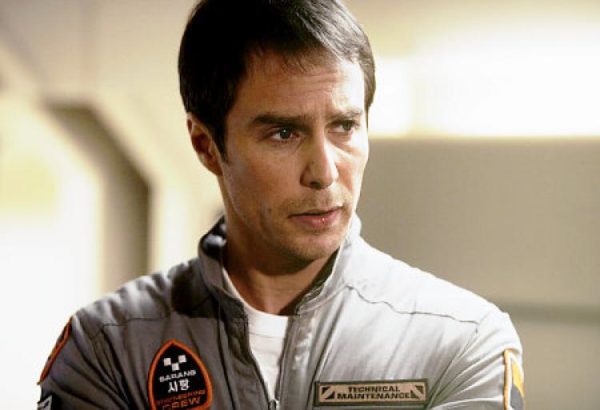 A few blockbuster appearances here and there as an ever reliable villain or character artist have followed over the years, interspersed with some nice indie lead roles. Most notably in Moon, a film which Rockwell had to hold on his own, and with every thread of complexity imaginable, did so brilliantly. The Way Way Back was a very good film, again showing off plenty of charm and pathos from Rockwell. He also has previous with Three Billboards director Martin McDonagh in Seven Psychopaths. McDonagh’s film is entertaining, with some good performances but it comes in his CV between In Bruges and Three Billboards. It’s destined to be forgotten. Similar to Ridley Scott’s solidly entertaining, Matchstick Men which saw Rockwell star opposite Nic Cage.

So this brings us neatly back to his recent role in Three Billboards, a film which finally sees Rockwell receiving the Oscar recognition he deserves. He’s already won the Golden Globe for his performance (among other awards). As I mentioned in my McDormand piece, it’s been a very strong year at the Oscars and Best Supporting Actor is no exception. Whether he wins remains to be seen but it’s a role that perfectly encapsulates all of Rockwell’s abilities. He can do intense. He can do simple. He can do energetic or laconic. He can take an antagonistic role that requires enough complexity to arc into anti-heroism. The film overall is an excellent piece and whilst I’ve heaped praise on McDormand and now Rockwell, it would be unfair not to include Woody Harrelson for some lovin. Woody is also fantastic and all three deserve their nominations. 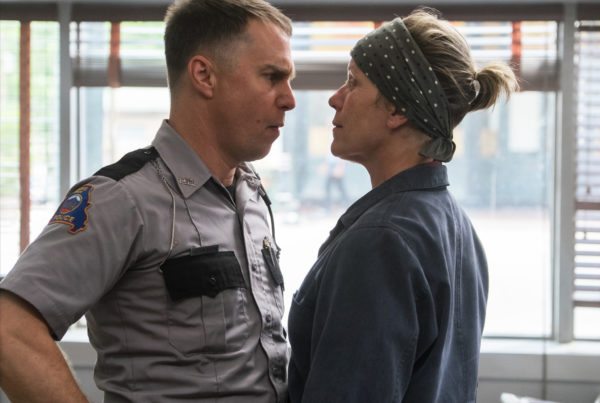 It would be hard to firmly say that Rockwell’s latest performance is his best. The reality is, it’s yet another exceptional display in a solid CV of multi-dimensional work. It’s also a rare gift to make the unlikeable, likeable. He does that in Three Billboards giving his racist, ill-educated and unhinged cop a degree of sympathy and charm. By the time he gets his redemption, as an audience we feel it’s a good thing. It is certainly a top pick from the CV which includes Moon and Confessions Of A Dangerous Mind and it’s pleasing that he’s finally going to get his chance to walk the Oscar stage and make an acceptance speech.