There’s not nearly enough platformers around today when you think about the good old days of gaming, thankfully, indie developer Sabotage Studio have announced their new action platformer, The Messenger, inspired by the classic games of the NES and SNES.  A teaser trailer accompanies the announcement and can be seen below… 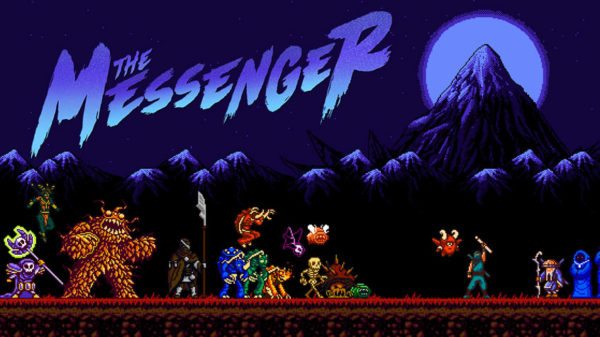 The Messenger is an action platformer inspired by the classic days of gaming and blends two generations of gaming to create a cleverly designed and deep adventure.  At the start of the game players will experience an 8-bit world with all the pixel style visuals you would expect, as players progress through the game the visuals and gameplay mechanics shift to a 16-bit style.

In The Messenger players take the role of a young ninja tasked with carrying a powerful scroll to ensure his clan’s survival.  As the ninja travels on his adventure he will need to travel through time fighting his way through a myriad of demons intent on destroying him and his clan.

“Together at Sabotage we set out to make the kind of game that inspired us to get into the industry in the first place, with an over the top story, arcade-style challenges and visually striking pixel art. The Messenger is that game, and we’re thrilled to finally announce and share it with a like-minded audience that loves new games inspired by generations of classic video game greatness.” said Thierry Boulanger, Co-Founder of Sabotage Studio.

The Messenger will be coming to PC and consoles later this year.