If you cast your mind back to August of last year, you may recall Samuel L. Jackson stating that Nick Fury would be absent from the cast of Avengers: Infinity War and its as-yet-untitled sequel. Well, it seems that is no longer the case, as Just Jared has posted some set photos from Atlanta showing Jackson and Cobie Smulders shooting scenes as Nick Fury and Maria Hill. Check them out via the Twitter link below…

Samuel L. Jackson and Cobie Smulders team up again for an upcoming Marvel project – see pics from the set! https://t.co/JTp7QkPRXi

Now, the set photos are said to be from an “upcoming Marvel project”, but the possibilities are limited. Despite the fact that Jackson is without Fury’s trademark eye patch – as he will be in Captain Marvel – production is yet to get underway on that movie, and given that its set in the mid-90s, Maria Hill is probably still at school at that point. Ant-Man and the Wasp is another possibility, but Infinity War or Avengers 4 certainly seem the most likely. After all, if Earth is coming under attack from Thanos and the Black Order, there’s no way Fury isn’t going to be involved somehow, right?

UPDATE: Posts on Twitter seem to suggest that the images could be from Captain Marvel, but again it doesn’t really make much sense as to why Maria Hill would be there. Present day post-credits scene for Avengers would make much more sense…

I was at the filming of a Marvel Production today where Nick Fury showed up. All of the vehicles had Georgia plates. NOT NY. A news van in the scene was ATL NOT NY. And I'm 99 percent sure I saw Ryan Fleck get into an Escalade to leave. @AtlantaFilming

Is this the first set of Captain Marvel? Or maybe it's the end credits of an Avengers movie. IDK. But it's actually set in Atlanta and the director of Captain Marvel was there. Fun day downtown ATL. pic.twitter.com/1ah0zA6e2W 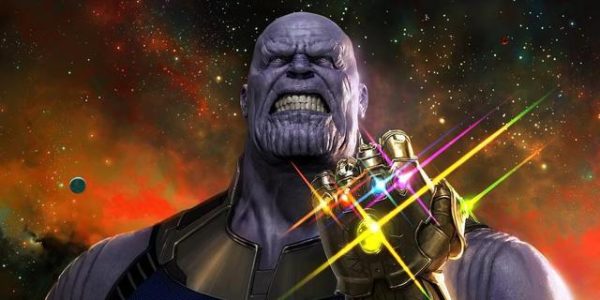