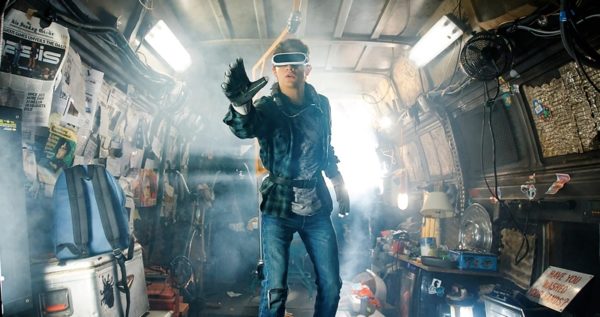 Ernest Cline has invited people to take a VR tour around Aech’s garage from the forthcoming Steven Spielberg adaptation of his cineliterate nostalgic adventure Ready Player One. The author tweeted a link to the virtual experience, with an accompanying video in case you didn’t want to rummage through 80’s paraphernalia yourself.

You can now explore a recreation of one of the digital sets used in @readyplayerone by creating a free @SansarOfficial account. (A VR headset is not required.) Here’s a great video overview of the experience: https://t.co/H4pTuQlV9t

If you do have a go, please let us know what you find amongst the lightsabres, Iron Giant parts, and Aliens cargo loaders.