Shu is the latest in a seemingly never-ending line of acclaimed platformers being ported to the Nintendo Switch, and though hardly a must-own title for the console, Coatsink’s vibrant romp is a fun – if fitfully infuriating – jaunt that, at just three-ish hours in length, certainly doesn’t outstay its welcome.

It’s clear from the outset that the plot, as it so often is in this genre, is a total afterthought. Protagonist Shu’s village is attacked by a giant, purple, toothed cloud-like monster, at which point Shu must hurtle through his village, collecting as many villagers as possible along the way – all of who have unique abilities to help Shu on his journey, of course – while the cloud quite literally chomps at his heels.

Through the 21 stages on offer, the formula is such; jump and glide your way through the opening sequence, before being introduced to two villagers, whose abilities include jumping higher, walking on water, phasing through solid objects, and slowing down time, to name just a few. At the end of each block of levels, the storm monster will re-emerge, as the word “Run!” flashes on-screen and you’re forced to leg it through the rest of the level, lest you be gobbled up by the doggedly determined baddie. 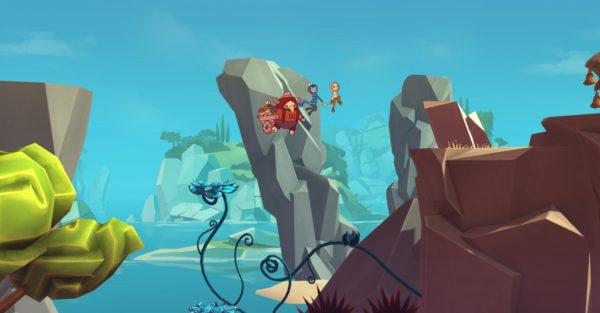 It’s a simple but pleasant loop that doesn’t offer much in the way of surprises, but at least keeps things varied enough with the constant introduction of new villagers and powers, even if it’s a shame the game isn’t more fleshed out to better take advantage of these diverse abilities. In terms of moment-to-moment gameplay, though, manipulating the powers to progress is a lot of fun, especially when you’re asked to effectively string these abilities together with Shu’s own jumping and gliding skills.

Though Shu is certainly nowhere near as gruelling as some of the generation’s most challenging platformers, it does prove an intermittently trying experience, and not always for the right reasons. During my play-through, jump inputs would routinely fail to register correctly, causing me to die numerous deaths I would most certainly deem unfair (or, in the heat of the moment, something much less polite).

Though the game does feature a fairly robust checkpoint system, typically being spaced about 30 seconds apart, the game’s decision to lock your maximum lives at just five – which is replenished every time you reach a checkpoint – can make some of those intense side-scrolling chase sequences feel pretty painful. Considering you have little knowledge of what you’re running into while the big bad is aggressively pursuing you, it’s easy to rinse all five lives on some of these sections, throwing you all the way back to the beginning of the level.

Granted, stages typically only last 5-10 minutes, but the sometimes dubious input detection left me dying numerous times in high-pressure situations that left me more angry at the game than myself. This is especially true in Shu‘s brutal sprint of a climax, but considering how creatively it forces the player to make use of every skill they’ve learned up to this point, as an end-game it’s much easier to tolerate. 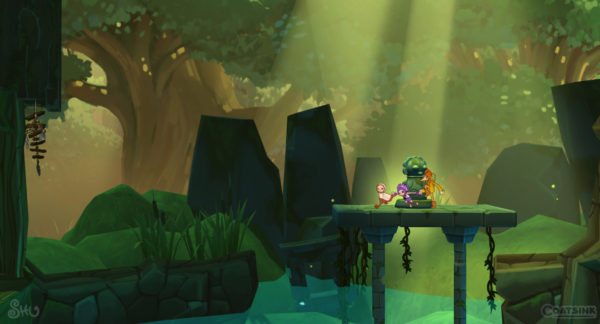 If the game’s brevity is a shame, there is some added replay value by way of collectable butterfly pieces and “babbies” scattered around each map, as well as time attack challenges, both of which benefit from the bite-sized nature of each individual level, allowing even non-obsessive and non-competitive players to dip their toes in the water. While not likely to multiply your playtime countless times over, they are nevertheless worthwhile additions.

Visually, Shu is a perfect fit for the Switch, accentuating its appealingly cartoonish characters and locales with a painterly art style and evocative lighting effects. Aurally the game is solid if mostly forgettable – save for the intense crescendos during chase sequences – though the “death gong” which plays out every time you meet your demise quickly started to tease out an almost Pavlovian rage in me, especially during some of those cheaper, more avoidable aforementioned deaths.

Ultimately Shu is a bit of a strange beast; it’s probably not difficult or substantial enough to appeal to the Super Meat Boy crowd, but also perhaps a little too frustrating to rope in those craving a purely relaxing experience. The near-total lack of a story certainly does it no favours, but on the flip side, when this game really hits its stride, it can be ludicrously entertaining. Plus, launching for just £7.69 on the eShop – complete with the six additional DLC levels no less – few are likely to feel ripped off by it. 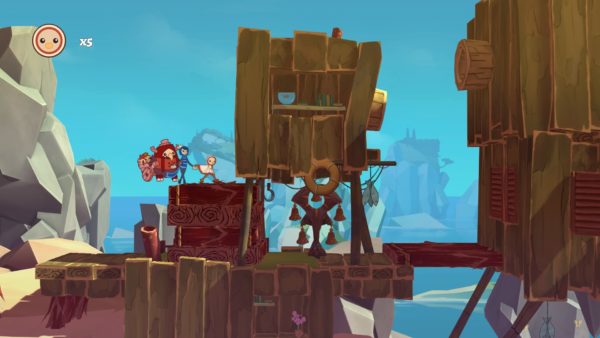