IV Studios retro inspired arcade title, Bouncy Smash, is set for release on the App Store next Tuesday (20th February) and to celebrate the upcoming release there’s a brand new launch trailer which showcases the fast paced gameplay that gamers will enjoy. 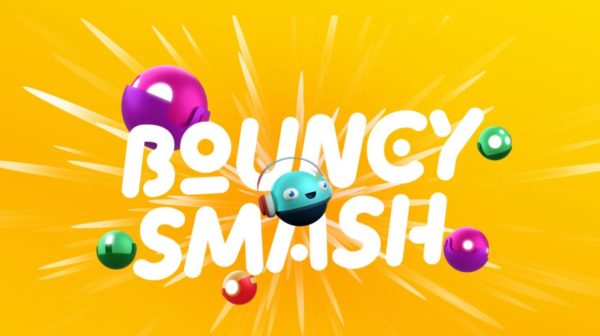 Inspired by retro classics such as Super Mario Bros. and Donkey Kong and contemporary titles including Alto’s Adventure and Monument Valley, Bouncy Smash takes players to the near future  and follows the story of Arlo, a member of a squad called Smashers who must destroy rogue synthetic beings called Duplicants.

Players will need to use pinpoint accuracy and split second timing if they are to successfully beat wave after wave of evil Duplicants.  Each wave defeated will earn Arlo a reward from a variety of perks such as a 20% higher bounce bonus. Arlo’s attacks can also be improved with the addition of four powerful smashing abilities.

For players who like collecting, there are also 75 unlockables hidden throughout the game that can be used to customise our spherical hero.

Players will be able to download Bouncy Smash for free from the App Store on 20th February.