Calum Petrie reviews Dishonored: The Peeress and the Price… 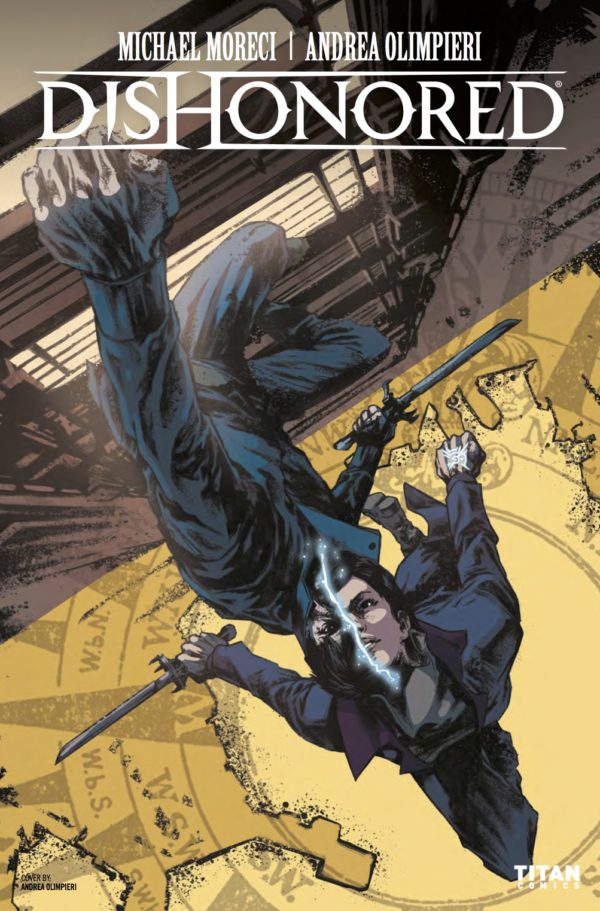 After playing the first Dishonored back in 2012, I thought the game overall was enjoyable but needed refined. More than anything though, I wanted an expansion on the lore and more of the world that game is set within. I got taste of what I wanted with Dishonored 2, though the comic book additions to the lore seem to be giving me a much more direct hit of that information I want.

Dishonored: The Peeress and the Price is a standalone story that takes place after the events of Dishonored 2 and separate from the events of Dishonored: Death of the Outsider. The canon story for the series at this point is that Corvo was taken prisoner during the events of the second game and stripped of his abilities while Emily gains the Outsider’s gifts. Her Dark Gifts make her a person to be reckoned with, coupled with her natural fighting ability learned from her father; that makes her a force of nature.

In the aftermath of the second game’s events, the empire is slowly rebuilding itself and Emily Kaldwin is making it her mission to better the lives of all her citizens. The people of the empire are looking to instate a democracy rather than a monarchy; things are getting a little heated in the city of Dunwall as tensions grow strained.

There is also a mysterious gang of rat-masked terrorists slaughtering innocents and obliterating the reconstruction projects within Dunwall. Emily and Corvo hunt down the gang, only to be led into a trap, leaving Corvo gravely injured. Emily is fuelled by rage and duty to take on the rat gang and their mysterious leader by employing her powers from the Outsider, her diplomacy from her mother and the years of training from her dad.

The Peeress and the Price is more a two-part story of Emily breaking out to become the stand out figure within the series. The story is not so much about Crovo stepping back as the main protagonist of the series; rather Emily takes the reigns and shows that her ability to lead is noble and true.

Emily’s confrontation with the rat gang’s leader is a moment of triumph for the character, yet an anti-climax for the reader. The biggest problem with this series is that it does not do that great a deal to set up a further story or to lead us in a direction where we should be thinking for ourselves. This series is more about fan service and delivering more storyline with the characters we like rather than showing them heading in a new direction. Emily was clearly set up as a capable and able strong female lead in Dishonored 2; this is more of the same in a much shorter and less interactive manner.

I am not saying my time spent with these familiar characters have not been enjoyed. I just expected a hint at what was next for the series rather than some kind of comic book epilogue to the game.