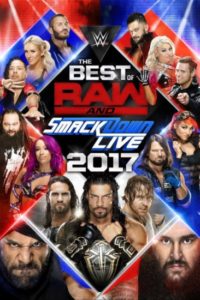 A three-disc compilation of the best matches and moments from WWE’s two flagship shows throughout 2017, including the destructive rampage of Braun Strowman and the rise of Shinsuke Nakamura. 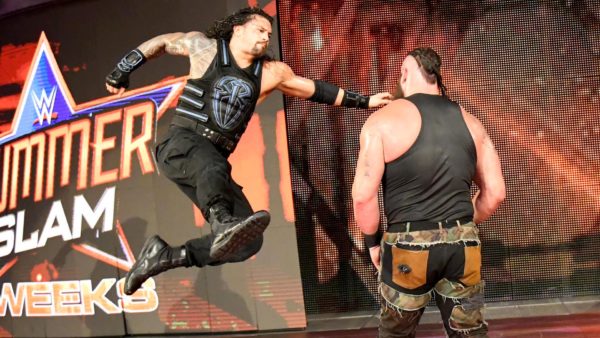 WWE made the major decision in the summer of 2016 to reinstate the brand split it had previously used for most of the noughties, dividing its roster into two distinct groups. Half of the performers only battle on Monday Night Raw, while the other half are confined to SmackDown Live on Tuesday evenings. With five hours of content every week, it’s often difficult to keep track of everything that’s happening. In order to relive the last 12 months, WWE has now released the Best of Raw and SmackDown Live in DVD compilation form to refresh the memories of fans.

It’s in these compilations that the WWE Home Video brand still has a raison d’être. While pay-per-view matches are easily accessible to fans via the WWE Network, rendering some compilations slightly pointless, it’s very difficult to find the most memorable bouts and moments from WWE’s TV programmes. Presented by backstage interviewer Charly Caruso, this three-disc set features more than 30 of the most significant moments from the last year, including the irresistible rise of Braun Strowman and the reunion of The Shield.

The segments here are presented in a somewhat haphazard fashion, with no real sense of storyline progression and a simple linear order for the various portions of the compilation. Caruso’s links are used only sparingly and seem to be inserted without any particular rhyme or reason throughout the eight hours or so of content. Often, a guiding light to provide a bit of storyline context would have been very useful. This collection is clearly aiming for fans who can fill in the narrative gaps from memory. 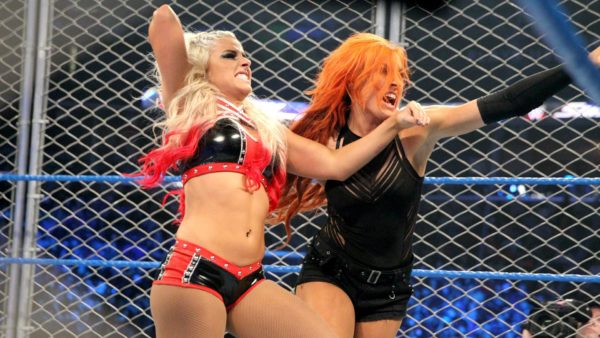 The matches themselves are terrific and this is a collection that allows WWE to spotlight the forgotten great matches it has put on over the last year. The first disc includes a fantastic bout between American Alpha and the Usos from March and the second features a terrific triple threat between Finn Balor, Seth Rollins and the Miz, with title picture implications, from May. There are also moments destined to appear in ‘Best of WWE’ highlight packages over the years to come, whether it’s Kevin Owens and Chris Jericho splitting up at the festival of friendship or the legendary trio of Brock Lesnar, Goldberg and the Undertaker sharing the ring.

This collection also features the debuts of numerous NXT stars, including Shinsuke Nakamura and Bobby Roode. It’s interesting to see how far they have come from their earliest main roster appearances, given the levels of pageantry they were afforded at the time. The disc’s primary attraction, though, is the bouts themselves and there’s no doubting the high quality on show. WWE currently has its strongest roster in years, and this collection celebrates that in the best possible way.

It’s clear that this three-disc set is not designed to be watched in a one-session binge and it is set up in such a way as to reward those who dip in and out, picking up their favourite matches rather than simply allowing it to play. There’s plenty here that’s well worth reliving and WWE’s production team have, as usual, put everything together in an appealing and mostly well-constructed package – though slightly more linkage and coherence would’ve gone a long way.