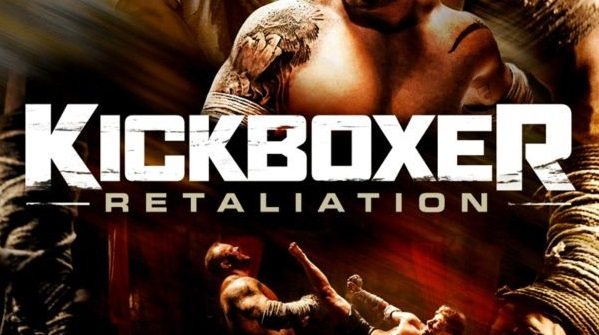 Writer, director and producer, Dimitri Logothetis has had a long and successful career in TV and film. He’s worked in an array of genres over the years, from action, thriller, sci-fi, and horror, as well as a highly regard documentary called Champions Forever which featured Mohammed Ali. He’s had a number of cult films, such as Slaughterhouse Rock and Sleepwalkers (A Stephen King screenplay).

In more recent years he has overseen the successful rebooting of Kickboxer. He wrote and produced Kickboxer: Vengeance and has recently written, produced and directed its follow up, Kickboxer: Retaliation which starred Alain Moussi, Mike Tyson, Christopher Lambert and Jean-Claude Van Damme who once again returned to the Kickboxer universe. Dimitri also has a background in Martial Arts which makes the Kickboxer franchise a natural home for the film-maker. Dimitri kindly took time to talk to Flickering Myth about the film, and more…

Was it a challenge convincing Jean-Claude Van Damme to step back into this re-invention of Kickboxer?

Jean-Cluade originally said no. He felt it was a mistake for him to step into the remake. It took roughly a year to continue to stay in touch, send him the new screenplay, show him his new character as the mentor, send him material on Alain Moussi who is not only a 6th degree Jiu Jitsu master, but also an exceptional martial artist, and let him see how we had not only Dave Bautista as Tong Po but an array of UFC world Champions which would bring an authenticity to the new franchise reboot. He finally agreed.

Internet speculation is an uncontrollable beast. There seemed to be a lot of talk about problems with Kickboxer: Vengeance during and after the shoot. I imagine every movie is a challenge, but is there anything you can tell us about that, and indeed, did any of those problems change the approach to Retaliation?

Unfortunately we had problems with one of our Producer’s/Investors in living up to his commitment to provide all the financing he agreed to. Consequently we started and stopped the film and it took much longer to complete the film, and that created many unnecessary problems. It’s not an unusual story when it comes to independent filmmaking but fortunately we got past all of it. With Kickboxer Retaliation it was completely seamless. We had the money and I was able to prepare, and plan, and execute a vision which clearly succeeded, and which the reviewers and most importantly the world-wide audience are enthusiastically responding to. 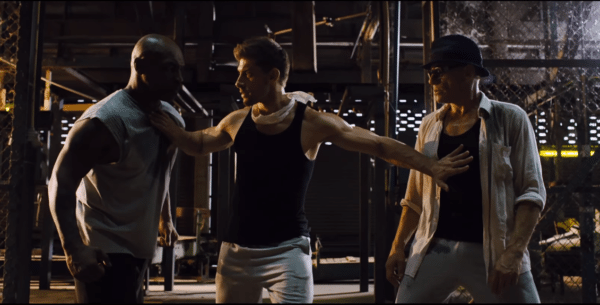 There was obviously a lot of confidence in the demand for these films given Retaliation was greenlit before the release of Vengeance, and there’s a follow up on the cards. Do you see this as a trilogy, or potentially a longer lasting franchise?

For the time being I plan on one more, Kickboxer Armageddon. But “Never say Never.”

Over the two films there have been some big personalities. How challenging is it to manage sets with the likes of Van Damme, Dave Bautista, Mike Tyson and Christopher Lambert? Does it get competitive?

I’ve been fortunate enough to work with some tremendously talented actors, some of whom are now legends in their genre. I’ve also had the pleasure of working with athletic legends like Mohammed Ali and Mike Tyson and Dave Bautista and I find them to be some of the most easy going guys out of the ring that you’ve ever met.

You’ve worked with Alain Moussi several times now. Have you been impressed with his development over the last three films you’ve worked together in? As a viewer I’ve seen a definite progression from Vengeance to Retaliation.

Alain as a martial artist and athlete is a “genetic superior.” How many martial artists do you know who are 6’1’ and weigh over 200 pounds but can do a standing aerial both front and back as well as a triple kick with no wires? He defies gravity. And now Alain works very hard with acting coaches and is in class all the time developing as an actor. And it shows. 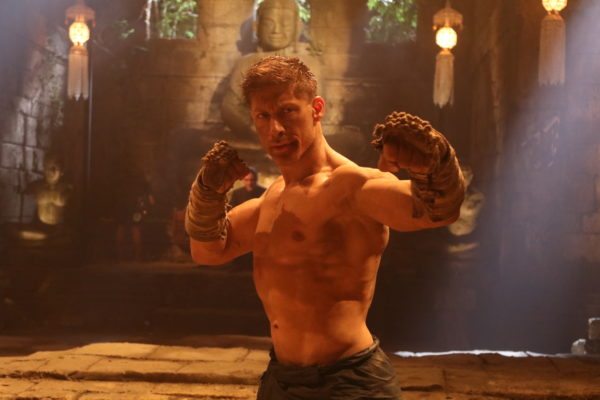 I’ve probably watched way too many action films but I noticed some nice homages to classic action films in Retaliation. Not least the original Kickboxer of course, but others like Enter The Dragon and a nod to Lambert’s Highlander role. Is this simply a love letter to the genre, or is there also an element of acknowledging that there’s a trend in cinema for nostalgia? Indeed, how difficult is it finding that balancing between being original and also throwing in some nostalgic references or genre tropes?

The Martial arts genre has obsessive followers and as a martial artist myself I couldn’t help but to honour and have a little fun with all the films I loved watching as a kid.

Was there a sequence in Kickboxer: Retaliation that was particularly challenging?

The end fight where Alain fights Thor was the most challenging. It takes over 30 minutes of screen time and it was my focus to make it not only authentic, in that our hero fights a real life 400 pound human giant, but to make it something audiences had never seen before. 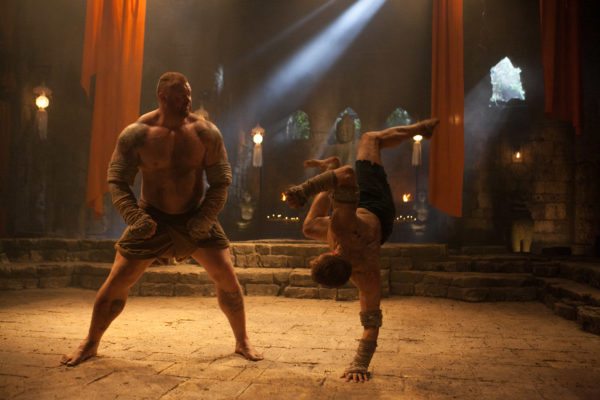 I have to congratulate you and the team on what you achieved with what was probably a limited budget. There are some really memorable set pieces such as the one take sequence, the ‘Enter The Dragon’ scene, Mike Tyson vs Alain Moussi and that finale was gruelling (in the best possible way). How much pre-planning was involved in the staging of these scenes and how much was created in the moment on set?

Thanks very much. It was all about planning for me. I worked with a wonderful stunt team in Thailand. Alain is a former stunt man, and begins by discussing the fight sequences with me and throwing some ideas back and forth. He then goes to a good stunt coordinator friend in Canada named JF La Chapelle, and they, along with a group of stunt men start working out each sequence. They shoot it and cut it and send it to me to see. At the same time I have my Thai stunt team do the same on another continent. I tell my Thai stunt coordinator “Jim” Supoj Khaowong to do the same without discussing anything with the Canadians. He also shoots and cuts together his creative approach. I look at both and then discuss both with Alain. We then combine the absolute best of each and modify and push the envelope as much as possible. It’s how the two Oner’s came to be. I told both stunt teams that I wanted to execute two long camera takes whereby we demonstrate to the audience how our Hero and our stunt team perform the stunt sequences with no wires or effect. By the time we hit the set, we had months of planning under our belt and knew exactly what we were going to pull off.

Does your own Martial Arts background help when conceiving and staging fight scenes?

Absolutely. I never second guess what I think an audience will like. I just create what I know will be cool for me to see, and try to first impress myself. I then hope my action artistic sensibility is the same as most of the world’s.

What can fans expect from Kickboxer: Armageddon?

If you like Kickboxer Retaliation, Armageddon will blow your mind! We are already pushing the envelope, with incredibly complicated martial arts sequences as well as bringing on board some impressive cast and athletes.

Aside from Kickboxer, do you have anything else in the pipeline?

I am preparing a new Science Fiction martial arts film called “Jiu Jitsu” based on a comic book I wrote with a good friend.

Kickboxer: Retaliation is available on streaming services with a Blu-ray/DVD release on March 5th in the UK. Check out our review here.

Many thanks to Dimitri Logothetis for taking the time for this interview.