As The CW and Netflix continue prepping their production of their Sabrina The Teenage Witch reboot, they have just cast a key role for the series. Lucy Davis (Wonder Woman) will star in the series as Sabrina’s aunt Hilda Spellman, an experienced witch and one of Sabrina’s guardians, per Deadline. 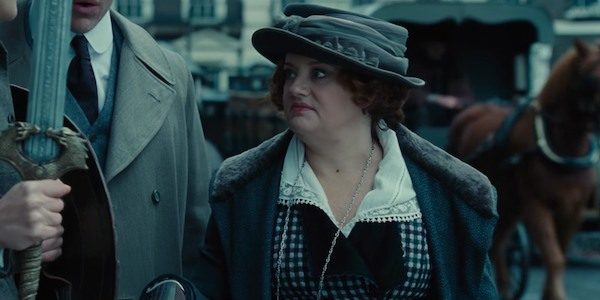 More nurturing than Aunt Zelda, Hilda’s motherly nature and warm sense of humour belie a wicked, ghoulish streak. She is as adept at brewing spite jars against her family’s enemies as she is at concocting love potions for the students at Baxter High.

In addition to Davis, the series has also added Michelle Gomez (Doctor Who) as Mary Wardell, Sabrina’s favourite teacher: “When she is possessed by the Devil’s handmaiden, Madam Satan, Ms. Wardwell turns into a sultry, cunning manipulator, always trying to lure Sabrina down the Path of Night.”

Meanwhile, newcomer Chance Perdomo will portray Sabrina’s English cousin – and warlock – Ambrose Spellman: “Placed under house-arrest by the Witches Council, Ambrose is forbidden from leaving the funeral home where he lives with the Spellman women. Witty, puckish and pan-sexual, he is one of Sabrina’s partners in crime, always up for mischief.”

The series has already cast Kiernan Shipka (Mad Men) as Sabrina and Jaz Sinclair (Slender Man) as her best friend Rosalind Walker. Riverdale showrunner also revealed via Twitter a first look at Sabrina’s cat, Salem, who was formerly a witch turned into a cat as a punishment.