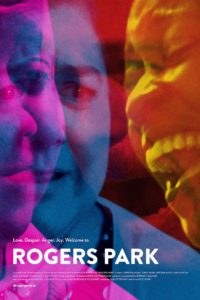 Two Chicago couples struggle to keep their love alive when secrets and long-simmering resentments rise to the surface. 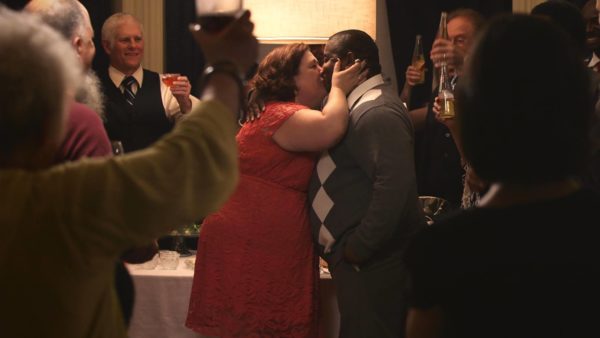 Setting the stage for what’s to come, in an elementary school classroom a young boy and a girl began fighting over a stuffed toy. It’s not the boy’s turn to have his share of fun with it yet but that doesn’t stop him from forcibly wrestling it away from the poor girl, subsequently bringing her to audible tears. Noticing the escalating situation, the teacher Grace (Sara Sevigny) calmly puts an end to the little scuffle while forcing the boy to apologize and the kids to make peace with one another. More importantly, the scene is a perfectly realized allegory for the family and relationship drama to come; it’s so much easier finding forgiveness when you’re an innocent young child.

Directed by Kyle Henry, the shorts and documentary filmmaker has made his third full-length feature film with Rogers Park, which is known as the most diverse neighborhood on the north side of Chicago (naturally, the resident shoots on-location and considering the movie covers almost a full year of ground, it’s a wise decision as the seasonal changes of the city such as the snow drenched and bitterly cold winter truly pop off the screen), exploring a fractured bond between brother and sister, alongside numerous relationship woes that aren’t explicitly expressed (the actors give very subdued performances, outside of a few distractingly theatrical mannerisms, which makes it all the more easy to appreciate when it’s time for them to explode in arguments) until everyone’s real emotions boil over to the surface. 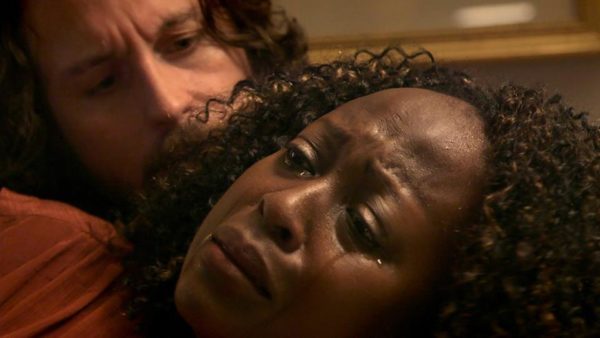 Admittedly, the first half can feel somewhat directionless as a plethora of characters appear and disappear with no clear set arc (it’s mostly just windows into what their jobs are like and how they interact with one another), but the script from Carlos Trevino knows how to bring the main players together for verbally heated extended sequences that are the beating heart of the film. Rogers Park contains a roughly 7-minute scorching scene of loudly vented frustrations, illuminated secrets, insults flung in every direction, all of which don’t leave anyone the same. What’s most fascinating is that when all of the honesty and directness is dropped like a bombshell, it completely shifts the dynamics of multiple rapports; some wounds are finally healed while new bruises are left in their wake.

There’s another pivotal moment in the beginning that is a telling sign of just how fantastic the lesser-known ensemble is here, as immediately during a 10-year anniversary party for interracial marriage pairing Grace and Zeke (Antoine McKay) it’s apparent that Grace’s brother Chris (Jonny Mars) is a bit mentally unstable and unhinged, as if something is troubling him. So, it doesn’t come as much of a shock when he has an outburst of anger towards Grace about their tragic upbringing (which isn’t fully disclosed until much later in the film); it’s an early fireworks sequence that shows just how authentic the verbal fights and general emotion are going to feel in Rogers Park. 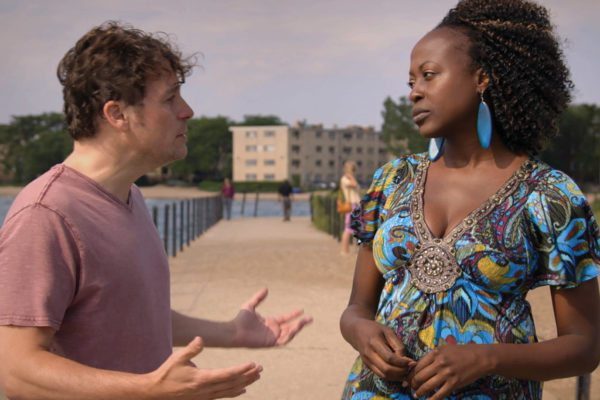 Again, the film can, unfortunately, wander off in weird directions; a depressed Chris has an arthouse dream inside of a library that is like nothing else to be found and doesn’t leave the audience’s minds lingering on the trippy experience. Grace and Zeke also have a daughter that seems to exist as more of a plot device than an actual character (my suspicions of this were confirmed during the last 15 minutes or so), which begs the question is her presence necessary, or just a superfluous method of piling on domestic drama. The answer is the latter. However, Rogers Park does more right than wrong, as this depression strains Chris’s interracial relationship with his girlfriend Deena (Christine Horn) who has a passion for community activism seeking to climb the ranks of her workforce. It also understandably tests her fidelity as she is often emotionally neglected mentally and physically, paving the way for a strongly worded dialogue about the usefulness and morals behind polyamorous relationships. Problems brewing within Grace and Zeke’s relationship is more dialed back and mostly presented with body language (outside of the inevitable blowup arguments), making for a nice juxtaposition with how the two couples communicate. As Chris seeks psychological help, it should also be applauded how Jonny Mars cleans up his physical appearance from homely to clean as he slowly heals over time.

On that note, there is much for couples to learn from Rogers Park, notably that it’s always best to be direct in conversation and not hide away details regardless of if they are big or small. Happy relationships aren’t always what they seem, depression can weigh down on even the tightest of couples rendering them distant, and although time may heal all wounds, sometimes it’s best to get all the baggage out from the inside instead of bottling it up. A fine script boasting confident direction that gets terrific mileage out of its diverse ensemble of independent actors, all while set against a Chicago backdrop, make Rogers Park worth checking out and pondering over after the credits roll. Finally, it should absolutely be mentioned that director Kyle Henry and select cast members will be in attendance for special screenings at the Gene Siskel Film Center before its official release in March; ticket information is available here.