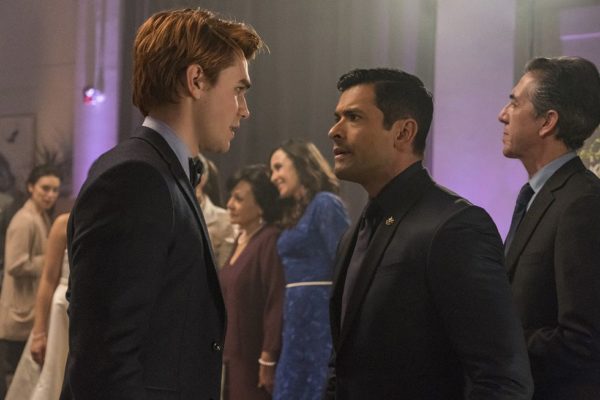 Reunions, betrayals, camgirls and gangland hits, normal service resumed in Riverdale this week in an episode that moved several of the show’s key storylines forward at hyper speed.

‘The Wicked and The Divine’ split its runtime between several of the show’s key characters, allowing each story plenty of breathing room and moving everything along at an equal pace. First, let’s take a look at Betty and her ongoing attraction to the dark side. At the start of the episode, we saw that Betty, having been convinced by her brother, presumably, entertaining a client on webcam. Betty looks to be embracing her darker side more and more with each passing week and I stand my theory that Chic is the original Black Hood. Betty is getting more and more tempted by her brother and the episode’s ending, which saw her returning home, only to find a murdered body on the floor, could tip the scales even more for her. I’m enjoying the slow build of this story and I suspect it will take the center stage as the season continues. 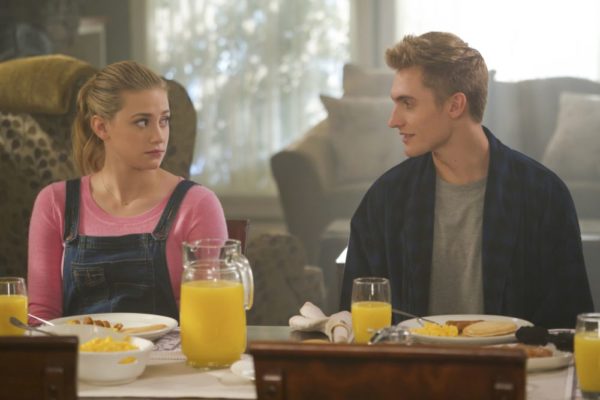 It wasn’t all doom and gloom for Betty, though, as she teamed up with Jughead to solve the mystery of the decapitated statue. After being threatened with expulsion from the Serpents, Jughead teamed with his former partner and proved once again, that Sheriff Keller hasn’t got anything on Riverdale’s very own mystery inc. The duo discovered that it was Tall Boy, the treacherous sidekick of FP, who committed the crime at the request of Hiram Lodge. This all led to Jug and Betty reuniting at the end of the episode in what should present some interesting complications for both of them. Jughead’s narrative is beginning to feel slightly muddled at the moment, though, the episode’s ending suggests that he could be heading towards with a collision with Hiram Lodge.

Of course, the episode’s most over the top storyline belonged to Archie and his feud with Hiram Lodge. After offering Archie a role as an intern, Hiram appears to have him exactly where he wants him throughout this week’s episode. With the FBI leering over his shoulders, Archie is forced to effectively pledge his loyalty to Hiram this week, when another crime boss decides that Hiram has grown weak. This all take’s place at Veronica’s confirmation, which, to my recollection, is the first time Riverdale have touched on religion, and her ceremony is as ridiculous as you’d imagine.  Hiram’s manipulation of Archie is great to watch, and Archie is such a dope that you can’t help feel for him a little bit. Hell, even Veronica seems to know what is going on and Archie still doesn’t seem to get it.  The scene in Pop’s cafe felt ripped right from Goodfellas and the show makes few apologies for how ridiculously overcooked these things are.  Having so much focus on Hiram is great and has made Archie infinitely more interesting than he was in the first half of the season. 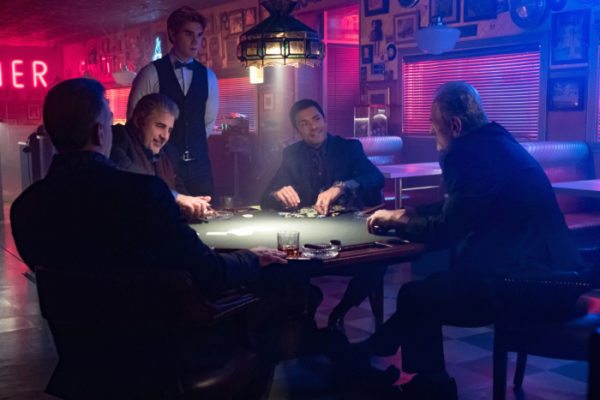 ‘The Wicked and The Divine’ was a really fun outing for Riverdale. One that took us into darker territory for the second half of the season and moved everything along at an alarming, yet incredibly enjoyable pace. Riverdale remains one of the most audacious and flat-out entertaining shows on television right now and the longer season runtime has certainly benefited the show.