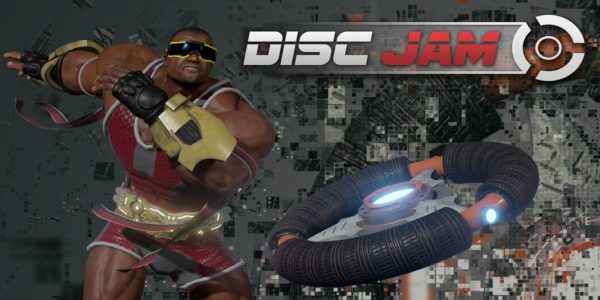 Almost a year after it originally landed on the PS4 and PC, High Horse Entertainment’s cult sports title Disc Jam has finally arrived on the Nintendo Switch, and to the surprise of just about no-one who has already played it on another platform, it’s superbly suited to Nintendo’s console-handheld hybrid.

A loving homage to the sports arcade classic Windjammers, the game’s premise is simple; in either 1v1 or 2v2 match-ups, you hurl a disc at your opponent, hoping to fly it behind them into the goal. How many points you score per goal depends upon how long you and your opponent have kept the rally going, and once one player reaches 50 points, the round is over, while proving victorious in two-out-of-three rounds will win you the match.

A match will typically last around five minutes, and like so many successful online sports titles – most of all Rocket League in recent years – it’s an incredibly easy game to pick up and play, but at the higher end of competition, the level of technical necromancy on display from your opponents is absolutely mind-boggling.

There are a number of additional gameplay wrinkles for players to get comfortable with, from deviously-angled trick-shots to pulling off a fiery Super-Throw power-up (which is a real pain for your opponent to catch). Needless to say, you’d be doing yourself a huge favour by working through the suite of available tutorials ASAP, 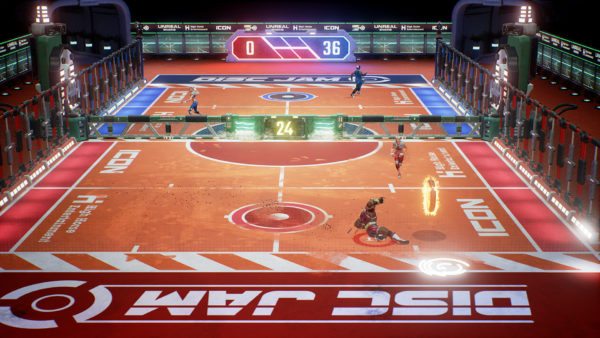 The thrill of 1v1 speaks for itself, while mileage is far more likely to vary in the 2v2 stakes, because if you’re paired with a partner working at a distinctly different skill level to yourself, one or both of you is likely going to end up frustrated.

There is a lifeline, though, because the Switch version supports a litany of different multiplayer set-ups, from split-screen for 2-4 players, to couch co-op online for 2 players and local wireless play with up to three other Switches. This version of the game also supports cross-play with PC – though not PS4, of course – but you might want to turn the feature off to begin with, because the Switch’s controls feel less precise than on other platforms and require a little extra acclimation.

Another slight yet neat feature for the Switch version is Ghost Arcade mode, where players can battle against AI opponents which have been trained on the play-styles of real-life competitors, much like the famous Drivatar mechanic from the Forza franchise. It’s no substitute for the thrill of battling an actual human being, but it’s a step up from the rather staid Vs. AI arcade modes of most other sports titles.

What’s disappointing about this port, then, is that a year after the game’s original release, it’s still a rather feature-thin title without much in the way of customisation. Where are the funky, diverse arenas you’d hope for, and the zany, ridiculous new play modes? It’s not unreasonable to expect the game to have grown at least a little in the last 11 months, but aside from the aforementioned multiplayer adjustments for the Switch and the addition of Ghost Arcade and long-requested ranked play, it feels mostly identical to the original release. 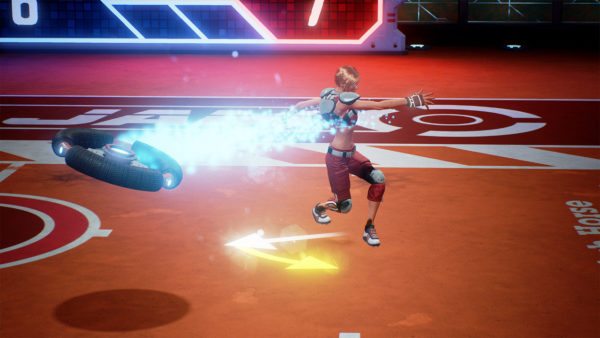 What might explain the lack of significant updates is the game’s small player-base on its prior versions, and it’s hard to expect results to be much different here. Regardless, it does have to be said that High Horse, to their credit, didn’t just lazily dump this port on Switch; it arrives on the platform with a smooth-as-butter level of performance and presentation, which of course is absolutely vital in a game of this velocity, making it overall an extremely snug fit for the Switch.

The graphics aren’t pulling a major coup on the console nor is the audio anything other than utterly unremarkable, but Disc Jam lives and dies by the fiendishly addictive quality of its gameplay, and to that end, it is a ludicrous amount of fun. That the game hasn’t matured or expanded over the last year is a shame, but not enough to denigrate a well-engineered core experience that’s well worth the budget asking price, given the many hours you’ll likely sink into it without even noticing.

Disc Jam could be so much more with some extended development – though all those Rocket League comparisons last year certainly didn’t help it much – but if the Switch’s player-base can embrace the game and sustain a community, this could be one of the console’s go-to multiplayer titles for many. 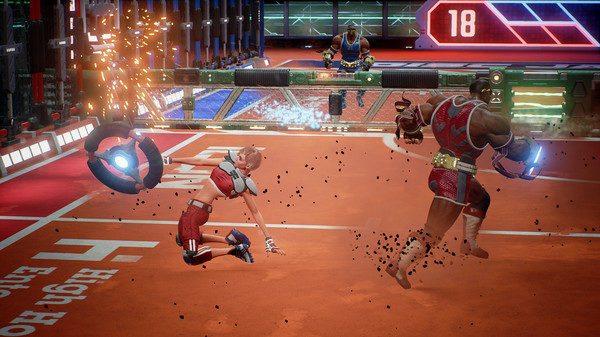 Reviewed for Nintendo Switch (also available on PS4 and PC).