A new piece of promo art has been released for the upcoming Marvel superhero epic Avengers: Infinity War which appears to reveal which heroes will be teaming up and also which members of the Black Order they’ll be taking on; check it out below, along with an IMAX comparison video…

SEE ALSO: Marvel confirms that Hawkeye is “part of the world” of Avengers: Infinity War 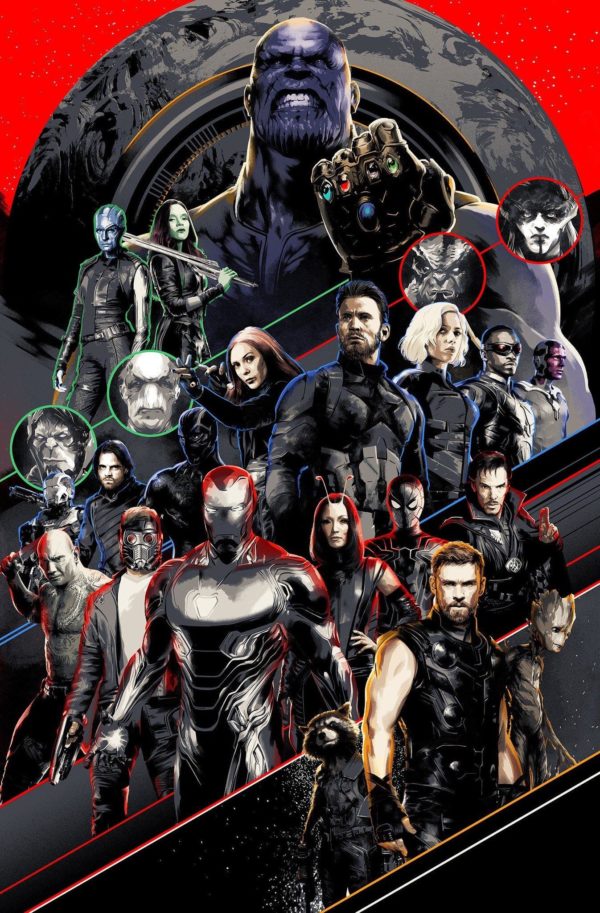