Following on from Bebop & Rocksteady Destroy Everything, IDW has announced that writers and artists Ben Bates and Dustin Weaver are returning to the Teenage Mutant Ninja Turtles universe for the weekly series Bebop & Rocksteady Hit The Road. 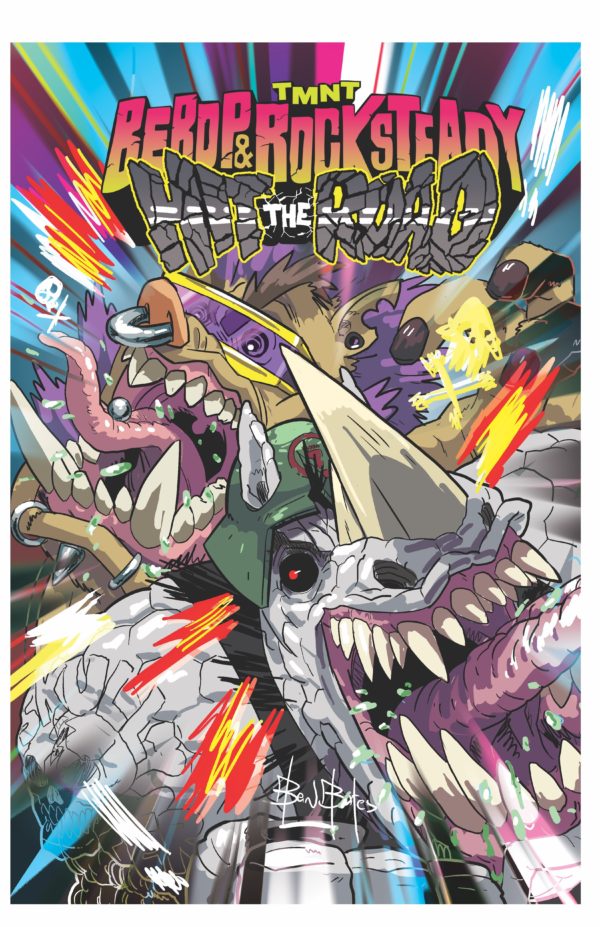 When a road trip back to New York City goes sideways and their powers begin to waver, Bebop and Rocksteady stumble upon trouble, as only they can.

“I have a clear memory of playing with my Rocksteady and Bebop figures as a kid, studying all the details that were unique to each of them, what seem to define their individual personalities and overall thinking how cool as characters they were,” said Bates. “It’s crazy to me that I still get to play with these guys as an adult; I hope it never stops! Turtles forever!”

“I feel so lucky that Ben and I have gotten to make a contribution to the TMNT universe with these B&R stories,” added Weaver. “Hit the Road is a natural continuation of what we did in Destroy Everything. It feels just as wild and fun. I kind of love these guys.”

“Bebop and Rocksteady are possibly the most demented characters in the TMNT universe,” said senior editor Bobby Curnow. “Seeing their trail of utter carnage across the United States will be nothing but a pedal-to-the-metal blast. Underneath the chaos though, Ben and Dustin have found the unlikely heart—and friendship—that exists between the characters.”

Bebop & Rocksteady Hit The Road will be released every Wednesday throughout August 2018.