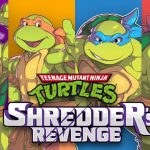 Dotemu and developer Tribute Games have released a behind the scenes video for their upcoming Teenage Mutant Ninja Turtles: Shredder’s Revenge.  This new developer video (see below) looks at how the game based on the heroic turtles came to be.  Gamers can expect to see Teenage Mutant Ninja Turtles: Shredder’s Revenge arriving on PC, PS4, Nintendo Switch […] 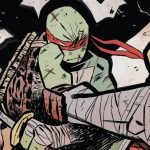 This Wednesday sees the release of Teenage Mutant Ninja Turtles Annual 2022 from IDW Publishing, and we’ve got the official preview of the special issue for you here… The Turtles embark on a secret mission to their roots, but a mysterious creature hunts them relentlessly. The Turtles will have to find a new way to […] Dynamite Entertainment has announced that it is celebrating the legacy of the Heroes in a Half-Shell this November with a series of Homage Variant covers from artist Ken Haeser which see Vampirella, Army of Darkness 1979, Invincible Red Sonja, Nyx, Barbarella, Jennifer Blood and Purgatori paying tribute to the iconic cover to Teenage Mutant Ninja […] 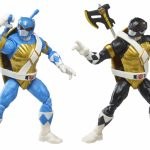 IDW releases Teenage Mutant Ninja Turtles: Best of Casey Jones this Wednesday, and we’ve got a sneak peek at the one-shot for you here with the official preview… Goongala! Is Casey Jones a disturbed vigilante or the Turtles’ best pal? Why not both? Featuring stories from across multiple publishers, dig into this collection of the […] IDW Publishing sets the stage for its next major TMNT event this Wednesday with the release of Teenage Mutant Ninja Turtles Annual 2021; check out the official preview here… For millennia, the Pantheon family have played a deadly chess game with humanity, willingly sacrificing innocent and guilty alike in their twisted pursuit of victory. But […] One of pop culture’s most beloved groups of heroes is preparing for another round of pizza and the big screen. We previously reported about the upcoming CG-animated reboot of Teenage Mutant Ninja Turtles, but now we have a release date for this new film. From producer Seth Rogen and Nickelodeon, Leonardo, Raphael, Michelangelo, and Donatello […]

Last year it was announced that Seth Rogen’s Point Grey Pictures is developing a new CG-animated Teenage Mutant Ninja Turtles movie reboot for Paramount Pictures and Nickelodeon – one which Rogen has said will emphasise the “teenage” aspect of the Heroes in a Half-Shell. As development on the project continues, The Illuminerdi has got its […] 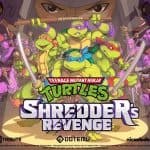 Dotemu and developer Tribute Games are bringing some Turtle Power to gamers as they announce Teenage Mutant Ninja Turtles: Shredder’s Revenge is coming to PC and consoles.  Based on the classic TMNT games of old, Shredder’s Revenge reunites our heroes in a half shell as they battle their way across the crime ravaged city-scape of Manhattan. […]