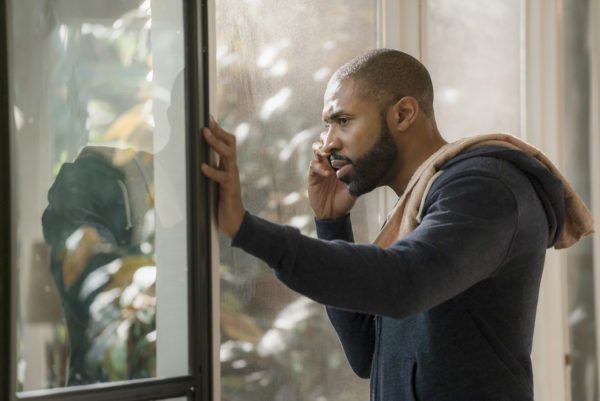 Black Lightning has been making a slow comeback since its dip in the mid-season. Not only has Anissa officially become Jefferson’s sidekick, but there is now a real backbone to the overarching narrative that ties together the past, present, and future, much like The Flash did in its first season with the identity of the Reverse-Flash. That is not say I had a problem with the previous approach of taking things more slowly, but it is nice to see the characters working towards an end goal that will, theoretically speaking, connect all the plot elements we have been seeing the past eight episodes.

“The Book of Little Black Lies’ continues where we left off last time with Jennifer still confused about her emerging powers and Jefferson continuing to ignore Gambi. Right-off the bat, we get a small twist with Anissa deciding to reveal everything to her sister: that she is the superheroine “Thunder,” that their father is Black Lightning, and that Jennifer’s powers are a result of their genetic heritage. I wish I could say that spamming all these truths was refreshing, but it admittedly got a mixed response from me. For starters, this means that the writers are dead-set on giving Jennifer her alter ego possibly before the end of the season, and that in turn means we will have to go through the aches and pains of someone resisting their destiny.

To be fair, the conflicted discussion that Jennifer ultimately has with her mother Lynn was one of the most mature conversations I have seen on superhero television, as it touched on topics that comic book fans tend to ignore like how does acquiring powers affect one’s sex life and fertility. Not only that, but the trust issues she develops with her father are also seemingly resolved by the end (I say seemingly because I thought Lynn’s issues with Jefferson returning as Black Lightning were resolved in the second episode until they re-emerged several entries later), meaning we won’t see another melodramatic subplot hurt the rest of the season. 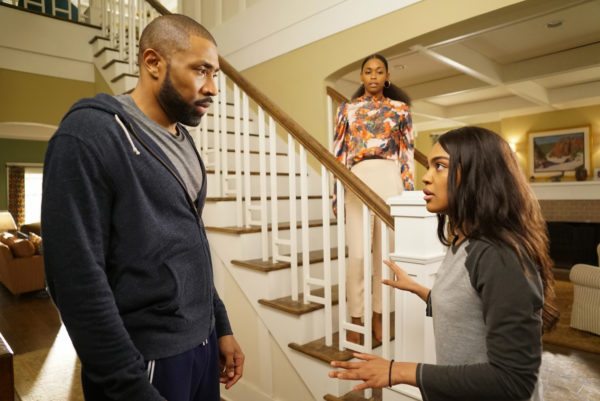 Jennifer’s story is only a small part of “Little Black Lies,” but the way it was handled shows that her inevitable change may be more tolerable than Anissa’s, should the writers choose to initiate it soon.

Before I dive into the rest of the episode, I have to make a small comment on the writing for about the first 1/3 of “Black Little Lies,” which is that it felt very awkward and stilted. I don’t know how to best explain it, but it just didn’t feel like these people were realistically talking. We have all seen movies and serials that have cheesy dialogue, however it at least it felt natural in the setting. I looked up who the writer of this episode was, and was surprised to find that it was not a screenwriter, but a political journalist named Keli Goff that wrote this script, perhaps indicating why it felt off.

Like I said, this only lasts for the first third of the episode, but it ruined potentially powerful conversations involving Henderson being reluctantly protective of police corruption and Jefferson being hypocrite when it comes to his treatment of Gambi.

On that note, Gambi provides by far the most interesting part of the “Little Black Lies” as he goes on a secret espionage mission to find out what is going on with the Green Light distribution. I loved this because his various actions were clear throwbacks to classic spy fiction like Mission Impossible. 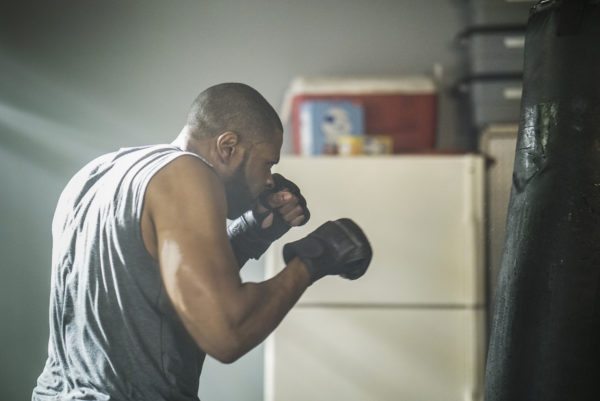 Elsewhere, there isn’t too much else that happens outside of Jefferson and Jennifer attacking a Green Light production lab where we see Whale’s goons employ advanced weaponry that can drain Black Lightning’s powers briefly. This was also the first time that we see Anissa’s new costume, and thank goodness for it because her last suit was aesthetically awful. That being said, I wasn’t too sure about the new one because the creators chose to go with pure cloth as opposed to the usual CW mandate of leather Lycra, which was fine but I would’ve preferred them to incorporate some hard plastic like they did with Jefferson’s power suit.

Overall, “The Book of Black Little Lies” did a good job being an entertaining episode. I am saddened that the series has seemingly stopped exploring the sociopolitical themes that made its first two debut episodes so enriching, but if it can continue to provide popcorn thrills that will be adequate.

Notes:
-Vixen and Supergirl are name-dropped this episode. Still not sure if it’s a reference to a comic property or the actual superheroines from the CW’s other shows.
-Is there a reason Anissa has to hold her breath to use her powers, or was it just a lame reason for the writers to give her the alter ego pseudonym Thunder?