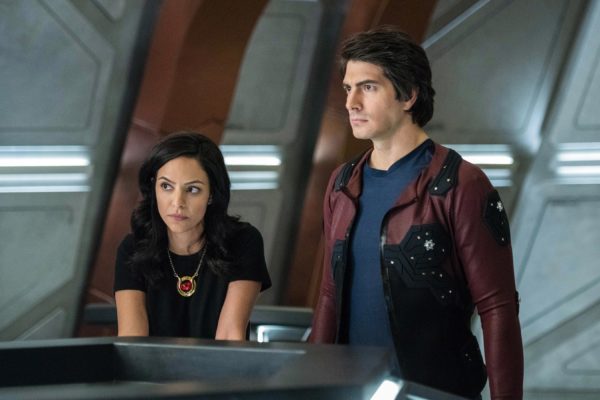 This was another (mostly) insulated episode that basically starred Damien Darhk, Norah and Ray basically on a hilarious side mission while the team mostly stayed ship-side. Darhk as a villain on Legends is far surpassing anything he did on Arrow and feels like a much better fit, what with him being 267 years young. Who would have thought grown up Norah would have any character past being a sinister henchwoman but leave it to Ray to bring out a side of her he saw in her younger self. I loved seeing the bromance between Ray and Nate still strong when Nate broke it down like this: “you have the hots for Norah Darhk, well, she is hot, but she’s bonkers, which…is also kinda hot.” Classic stuff.

The scenario plays out like this: The Darhks need the Fire Totem fixed, so they need Ray to do it. He needs to go to the future to use cold fusion but Damien reveals it’s already been invented in the 60’s , but unfortunately for the world, he assassinated the creator of it. Norah takes Ray back to the past to get the plans but when 60’s Damien comes after them, the plan goes awry and Damien current day flies back to the past to help them out. Everything about Darhks’ performance here is magic; from beating up Ray’s former employer at UpSwipez, to making his profile, to chatting casually with the guy’s corpse, he’s absolute gold here, from beginning to end and even nails it pretty well during the dramatic scenes of fighting himself. Even one off lines like when Norah slugs his past self and says I’ve always wanted to do that, he delivers his “Good one, honey” with a wry sense of self-awareness that he’s far from perfect, as he’s willingly let a demon inhabit his daughter just for him to come back from the dead to spend time with her and other nefarious plans. This episode really didn’t advance much of anything, but it may be Darhk’s best episode in the CW universe. 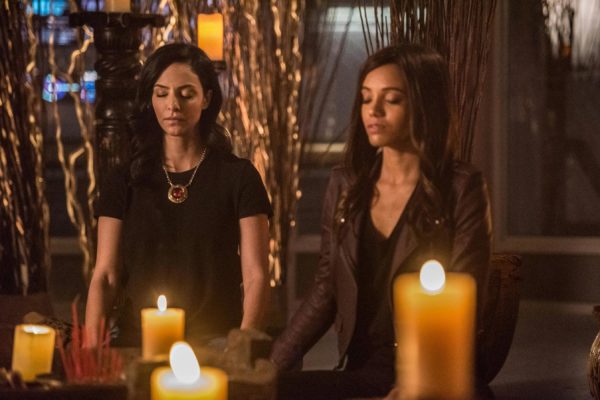 Meanwhile, on the ship, everything sucks, except Rory. He had like two lines this week and they both were home runs. This was the week of bad wigs as well, from Darhk’s 60’s look to Amaya changing her hairstyle every other scene. Wally is fitting in well with the humor and adds a new element the writers can use when needed (super speed). Sara and Ava’s all-nighter may have left them hungry but it doesn’t bring much else to the table, except of course, to give us another Gary cameo, which is always welcome. Rip also feels extra and unnecessary and I think the show may have passed his usefulness by, especially when he’s wearing Constantine’s wardrobe. If not for the Darhk’s and Ray, this episode would be empty and flat, but it gets a lot of mileage out of a quick side adventure.