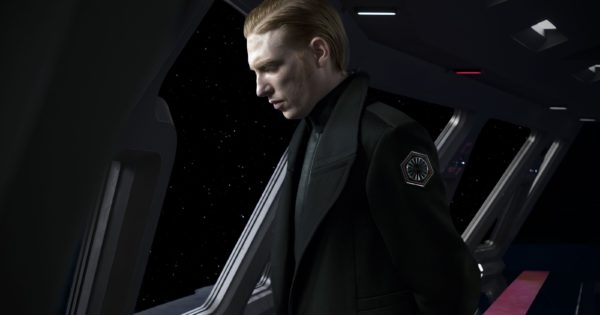 There’s no doubt that Rian Johnson took the Star Wars franchise in a different direction to what most fans were expecting with December’s Star Wars: The Last Jedi, and actor Domhnall Gleeson is hoping that continues when J.J. Abrams returns to the franchise for Star Wars: Episode IX.

“What was brilliant [about Star Wars: The Last Jedi] was that it was unexpected,” the General Hux actor told Radio Times during a promotional image for his new film Peter Rabbit. “And I’ve got a feeling that what JJ does may also be unexpected. I wasn’t expecting [Hux’s comedy] to be the way it went in VIII, at all. It really surprised me. And I’d say rather than played for laughs, it was written for laughs. We did it with an eye on the comic elements of it. It worked in a completely different way to how it worked in the previous film, and I think that’s really cool. It takes real imagination and confidence to see what happened before – I mean JJ knocked it out of the park with VII – then have the confidence to say ‘I’m not just going to copy what JJ did, I’m going to develop my own thing.’ I just thought that was fantastic. And not unexpected I suppose, or shouldn’t have been, because Rian is so distinctly his own filmmaker.”

As for Episode IX, Gleeson revealed that he’s yet to learn anything about Abrams plans for the closing chapter of the Sequel Trilogy: “I’ve got no idea because I haven’t read a script. I have no idea what direction he’ll take it in, or even if he’ll use me. So I’m hoping that if I’m in the next one, I’ll get to do [some more comedy]. Because JJ’s writing it, I know that if I’m in it I’ll get to do something exciting. So that would be nice.”

Abrams has finished the script for Star Wars: Episode IX, with John Boyega confirming that cameras are set to start rolling in July of this year ahead of the film’s release in December 2019. 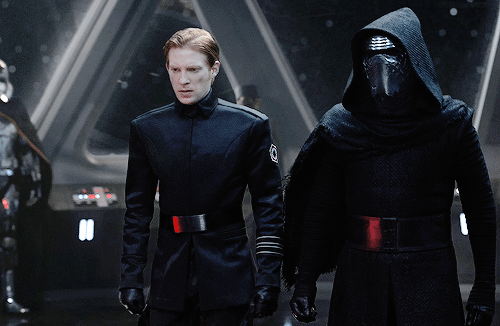