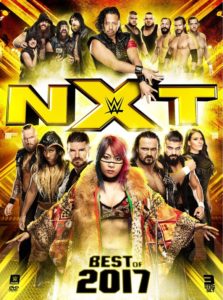 A three-disc compilation of the best matches and moments from another tremendous year for NXT’s so-called ‘developmental’ brand, from Shinsuke Nakamura’s farewell to the return of War Games. 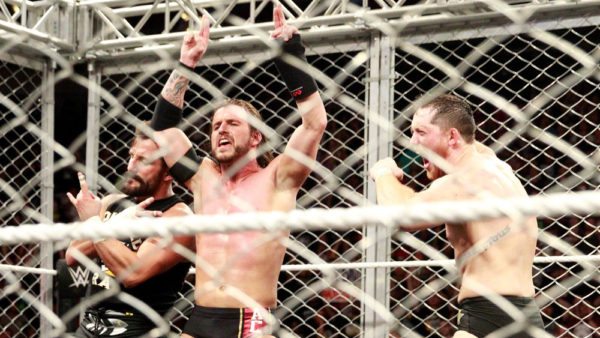 The WWE’s developmental brand, NXT, inevitably ebbs and flows as it builds talent. Its best and brightest will always leave in order to make the jump to the main roster, which means the yellow brand has to create a whole new array of stars to fill the void. While the WWE Network show hasn’t quite returned to the heights of the boom period that gave us the likes of Neville, Sami Zayn, Kevin Owens and the Four Horsewomen, the roster of today is as good as it has been since then – as celebrated in this new set.

Just as with the recent Best of Raw and SmackDown set released a few weeks ago, it’s a pretty loose collection of matches and moments from the show, connected by the occasional link segment. On this NXT compilation, the links see NXT general manager William Regal introducing the matches, joined by roster members including the Iconic Duo, Johnny Gargano and the Undisputed Era. The links are clunky and not all that informative.

The true excitement here comes from the matches. NXT as a product is all about workrate and that is precisely what we get on this set, which intermingles bouts from the ever-exciting NXT TakeOver events and the bread and butter of the weekly TV show.

Much of the thrill from watching the Best of NXT collection comes in reliving the crop of outstanding matches from the TakeOver shows. Chief among these is the simply phenomenal bout over the UK Championship between Pete Dunne and Tyler Bate that stole the show at NXT TakeOver: Chicago in May. Almost a year on, that match still stands out as a compelling encounter that showcases the best of British wrestling talent and what they can do when they are given the biggest possible stage. 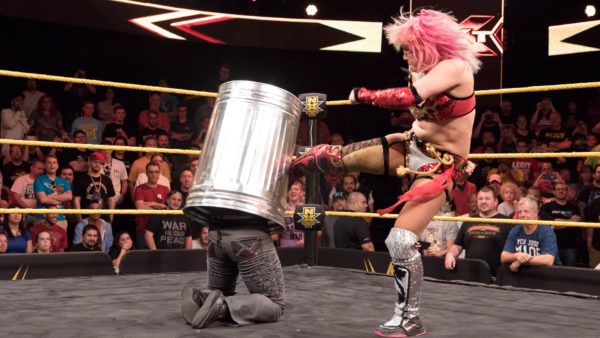 Away from the big bouts, there’s plenty to enjoy in the television matches. All of the most memorable stars from the recent NXT roster are present and correct, from ultra babyface Johnny Gargano to the endlessly entertaining Sanity faction. There are some impressive television matches on these discs, including a bloody cage match between Tye Dillinger and Sanity leader Eric Young and a jaw-dropping last man standing match in which Asuka defends her Women’s Championship against Nikki Cross. The latter might just be the best televised match on the set.

The final hour or two of the disc is devoted to two matches from NXT TakeOver: WarGames. Firstly, the disc features the epic title bout between then-champion Drew McIntyre and Andrade Cien Almas. Then of course, there’s the titular battle, which features the best of NXT’s talent partaking in an all-out war that is arguably the most violent match in the entire history of WWE’s ‘PG Era’. It’s almost worth the price of a WWE Network subscription for that fight alone.

Overall, the Best of NXT 2017 set is a solid collection that brings together the most memorable matches of the last year from the developmental show. All of these matches are available on the WWE Network, though, and the allure of a little bit of badly scripted banter between William Regal and his talent is not enough to justify the price of a DVD.