Ahead of its release later this month, we’ve got an exclusive look at the poster for Unsane, the new film from director Steven Soderbergh, which has been shot entirely on an iPhone and sees Claire Foy leading a cast that includes Joshua Leonard, Jay Pharoah, Juno Temple, Aimee Mullins, and Amy Irving. 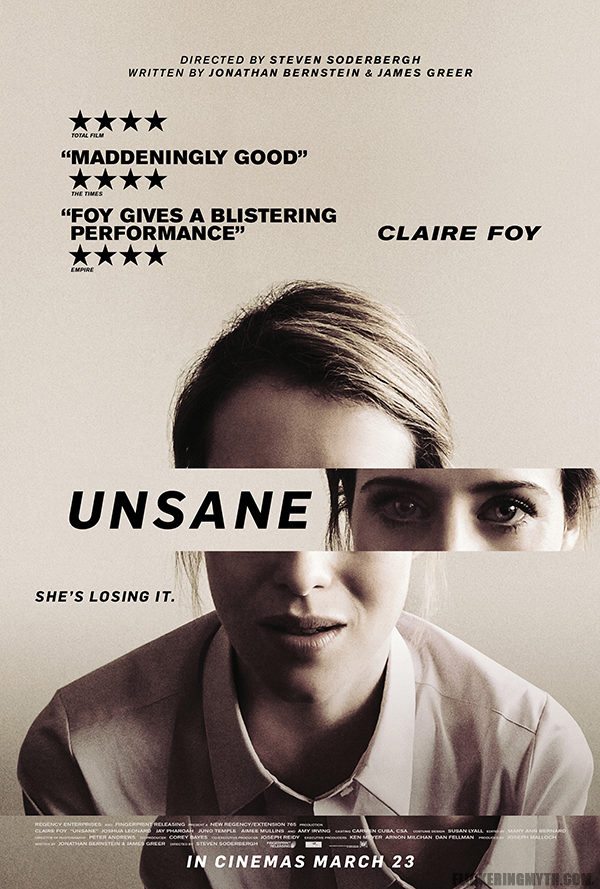 A young woman leaves her hometown to escape a troubled past and begin a new job. But when she is involuntarily committed to a mental institution she is confronted by her greatest fear — but is it real or just her delusion? With seemingly no-one ready to believe her and the authorities unable or unwilling to help, she must confront her fears head on. With twisting perspectives and a shocking narrative, Unsane asks questions about our perception of reality, our survival instinct and the system that is supposed to take care of us.

Unsane is set for release on March 23rd.