“My big thrust was not just to make a British gangster and crime London set movie, but open up the world and make this in the shadows of the James Bond world” explains filmmaker Sacha Bennett of his intentions for crime and spy thriller Tango One. An adaptation of Stephen Leather’s 2002 novel of the same name, the story follows three undercover recruits who are assigned an impossible mission to take down wanted man and notorious drug dealer, Den Donovan. As they come closer to their target, the rules become blurred as they find themselves drawn in by their charismatic target. 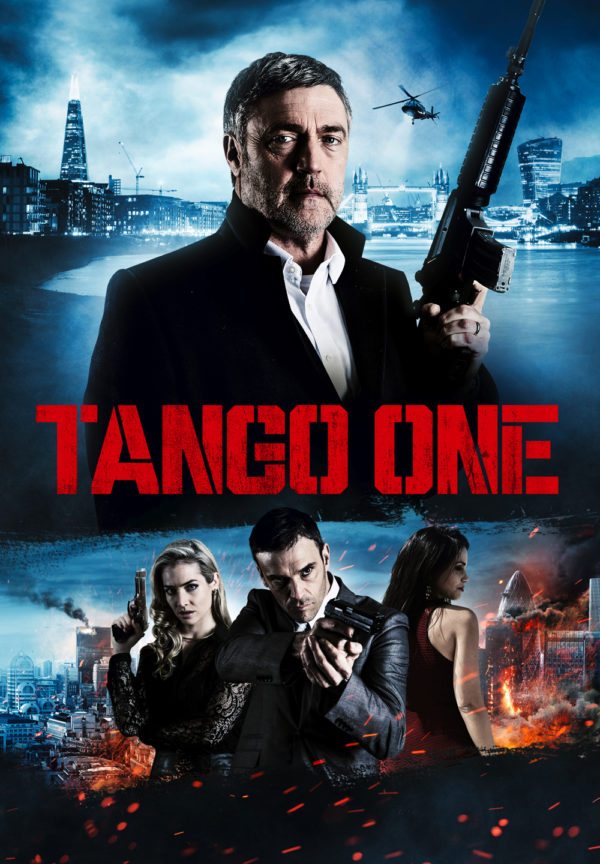 Ahead of the Home Entertainment release, Bennett spoke with Flickering Myth about the two opposing worlds of storytelling and marketing, and reflected on the superhero juggernaut and British struggles to embrace the international market.

Jaws and Blade Runner have been cited as seminal films from your youth. Making the transition from spectator to filmmaker, how has your appreciation for these films and their filmmakers changed?

There are obviously the films you’ve mentioned, but two big films for me were The Shining, which I watched pretty much every night for about seven months, and Apocalypse Now. All of those are different to the films I have so far made, but certainly just remembering what they all did, which was to create a world I was transported to, is what has always been influential for me when I am either rewriting or directing someone else’s screenplay. What is it I can do within my capabilities to guarantee the audience will not be removed from that, and question anything? It’s not always successful, but the main thrust has always been creating a world the audience will buy into completely, and then you can almost get away with anything. I think that’s true for any genre, whether it be horror and you want people on the edge of their seat, or whether it be comedy and you want them laughing at the scenario that is playing out.

Rarely do audiences enter a film without expectations, which can be cultivated powerfully by the poster and trailers, or even the synopsis text. How do you respond to the expectations of the audience?

It’s funny because you make the film, you pour your heart and soul into it, all the hours that God can give you and then the movie comes out with a completely different set of people marketing it. Sometimes I don’t even get to meet or even have a conversation with those people, and they are the ones setting up the expectations that might not be anything to do with the film you’ve made. With Tango One, the big push was still going down a criminal, underworld route, but there’s a lovely international poster that feels more glamorous and sexy shall we say. And I found that quite interesting because a big part of this story is that it’s a spy movie, with an MI5 agent for an antagonist. What would be great is if people went in expecting a certain kind of film, and we’ve definitely delivered on that front, but walk out thinking it was so much bigger and better than they thought it was going to be – we go to the Caribbean and Afghanistan, and it’s not just gangsters, we have the secret service running around. It is tough making a film and then when you hand it over to someone else, the poster will sometimes [laughs] not bare any resemblance to the film you’ve made. But that’s just the way things are and they certainly know how to market a film much better than I do – they are two different worlds. 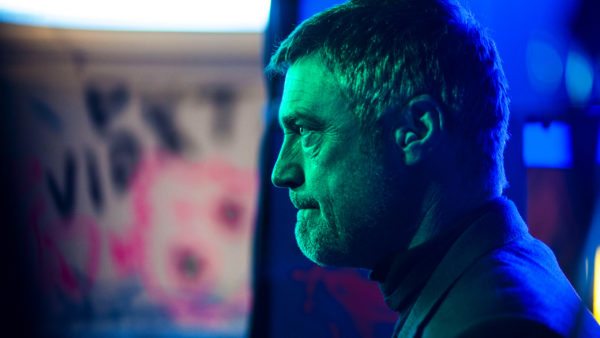 Reflecting more broadly on the industry, are you optimistic about the way in which it supports the filmmaking and storytelling process?

My main feeling about it is that as long as movies are still being made and people want to watch them, then we are in a good place. We are in a bad place the moment an audience says: “Right, from now on I just want to play computer games. I don’t actually want to go to the cinema or rent a movie anymore, that’s such a twentieth century thing.” But at the moment cinema is generally on the up and films are being made at extraordinary budget levels, which must mean that the people writing the cheques know that they can get their money back somehow. Being a bit more compartmentalised, I’d say in the U.S it’s an interesting time with superhero movies. Whenever you chase the dollar and you say: “Well that movie made a load of money, lets make a movie like that” is where it becomes a little dangerous creatively. I don’t think you should try to replicate the last success, you should look at why it was a success. The Dark Knight Trilogy came out of nowhere and the reason why Dark Knight worked incredibly well and made so much money is because it was an original and fresh take. It was a lot more gritty and adult, less comic-booky and more grounded in reality, and I think that’s why audiences responded.

There is now a wave of DC trying to catch up with Marvel and it’s not going brilliantly well for them. I even feel Marvel are making too many films and I think by phase three or four, the audience will have expired any interest in them. If making those kinds of movies are costing independent projects in America from being produced, then I think that’s a terrible thing as well. But then again, you look at the Oscars and think, well films like Three Billboards are being made. You’d read that screenplay and probably wonder how this would find an audience, and through some brilliant filmmaking and acting, you get a brilliant film. So in America it is an interesting one, whereas over here we are always struggling to find finance. In the good old days there were certain categories of films, from Merchant Ivory to the more gritty kitchen sink dramas, as well as the odd breakout high concept film. Those seem to have drifted away a little bit and we are left with these very British films that struggle to find an audience outside of the UK, and I’m including Walk Like a Panther, as well as British gangster movies. As an industry we need to look at that, and certainly with Tango One my big thrust was not just to make a British gangster and crime London set movie, but open up the world and make this in the shadows of the James Bond world, and hop around locations, which we thankfully managed to do by getting the budget to work for us. I think that is the forward thinking need for British filmmakers to look at the international market and what films sell, because if your film sells around the world, they’ll let you make another one. If it only sells in the UK and barely makes its money back, you might struggle to get finance for another. So we are living in the international market now and we have to appreciate and embrace it. 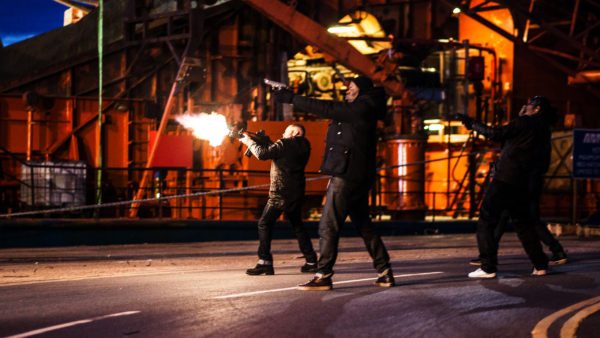 Following the completion of a film, how easy do you find it to move onto the next project? Is it a struggle to find that separation or is it an easy transition?

I think it’s horses for courses, and it depends on you and your outlook. I write and run a production company as well, producing with my partner Trish, and so I am spinning plates and have many hats. Perhaps it is easier for me to put one to bed and move onto the next. Tango we shot in March and April, and four or five months later I was in Austria shooting a Shakespeare film (A Midsummer Night’s Dream). So that was quite a gear changer. I was going through some of the post remotely, signing off on various things. I’d managed to do most of the creative sound design and music before I had to leave, but some of it was remote, and again that’s fine because it is a part of the job. If as a filmmaker taking a year off to reset everything, get your energy back and retune your life works for you, then you should do it. My favourite part of the process is production, being on the shop floor shooting a movie and working with the actors and the crew, and overcoming the challenges that every day throws at you. So I can never wait to get back on set again. I know other directors love editing, sitting in a room and discovering the story again through cutting. While I do enjoy it, this is definitely not my favourite bit. I’d much rather be up at 5 am in the cold wondering where my stunt car has gone, than sat in a Soho basement and clicking buttons. But it’s horses for courses.

Interviewing filmmaker Christoph Behl he remarked to me: “You are evolving, and after the film, you are not the same person as you were before.” Do you perceive there to be a transformative aspect to the creative process?

There is certainly a moment when you wrap on a feature shoot that your body suddenly stops pumping you with adrenaline, because after four to eight weeks, it doesn’t need to do that anymore. You kind of hit the doldrums and have a adrenaline crash, and you can be a bit grumpy to be around. My family have now asked that when I wrap a movie I go away for two days [laughs] and stay in a hotel on my own, which actually turned out to be a brilliant piece of advice because it meant I just slept for 48 hours. I felt no responsibility whatsoever because that’s the other thing. Whilst you are shooting you have hundreds of people across the whole shoot asking you questions pretty much every five minutes, and suddenly there is no one there. There’s no one asking questions, no one looking at you for a decision. I remember after my first film that moment, and how I felt lost because it was like I wasn’t needed any more [laughs]…no one wanted to spend any time with me.

I would say that the only thing that really changes for me is that I have a little bit more confidence because I have just done another film. It’s another one off the list and with every film you are constantly learning in this business, discovering new ways of doing things, with new ideas coming to you. So you evolve in that respect and obviously the wonderful thing about the industry is that it is a caravan culture where you are constantly moving in with new families of actors and crew. On every project, half of the people if not more will be completely fresh, and new experiences will be brought to you, as well as you passing around the other way. Yeah, I guess deep down inside you probably change, but I just haven’t noticed it yet.

Tango One is available now on Digital Download and is released on DVD March 19th by Universal.

Many thanks to Sacha Bennett for taking the time for this interview.