The Transformers are set to face their greatest ever enemy this summer as IDW Publishing launches the new six-issue biweekly event series Transformers: Unicron, which sees the world-eating menace setting his sights on Cybertron as veteran Transformers creators John Barber (Optimus Prime) and Alex Milne (More Than Meets The Eye) are joined by colorist Sebastian Cheng (Revolution) to tell the epic conclusion to the current Transformers comic book universe. 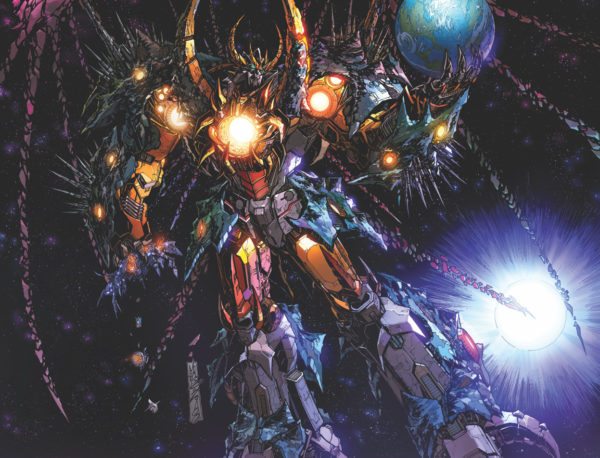 “Transformers: Unicron is a culmination of the years of TRANSFORMERS comics I’ve been a part of… and the conclusion of one of the longest continued narrative in TRANSFORMERS history” said Barber. “This is a story of heroism in the face of impossible odds; of a reckoning for an entire universe. I couldn’t be luckier than to have Alex [Milne] right here with me on this—if you know Alex, you know nobody puts more into the Transformers than he does, and nowhere before has he drawn drama, action, and pathos at this scale. Tying it all together is the incredible palette of Sebastian Cheng. We’ve never held back before on our Transformers comics, but this time we’re pushing ourselves—and each other—harder than ever.”
“Transformers: Unicron is a grand finale to the past 12 years of Transformers comics at IDW and to really celebrate that and to celebrate the people who have made it such an amazing ride, we’re getting some amazing, beloved artists to contribute to what I’m sure will be our biggest—literally—Transformers story ever,” said David Mariotte, Associate Editor. “This is an event years in the making and one that only works because of the years fans and creators have invested in the comic.”