Kingdoms and Castles developers Lion Shield have announced that the new Merchants and Ports update is now available.  As well as ships and ports, this latest update brings plenty of new features for players to enjoy including larger maps and other structures. 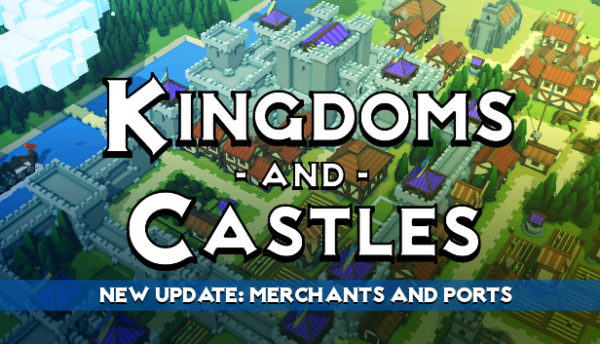 With this latest update players can now play on small, medium or large maps with medium size maps being slightly larger than the original map size and large maps being around twice the size.  Other changes with maps include being able to choose between island or land biased maps and the concept of deep and shallow waters with the latter being able to have bridges built on.  It is also possible to have multiple settlements separated by water.

The new Dock structure can be built adjacent to or in shallow water and will allow the construction of ships as well as allowing items to be stored for transportation.  Once the dock is built players can build expect to see merchants arriving in town and these can sometimes bring permanent upgrades to kingdoms.  Once two docks are built players can utilise transport ships to carry goods around the kingdom.

On maps with more than one island separated by deep water players will be able to build the new Outpost structure.  This is located in the new Maritime menu and once built will allow the development of a new settlement.  These structures aren’t available for those with just one landmass.

For islands separated by shallow water there is now the new Drawbridge structure providing routes to new islands and also able to open up for ships to pass through.

Last but not least is the new Job Priority System which allows players to prioritise jobs.  Those jobs at the top of the list will be filled first by idle workers and if no idles available then workers will leave the least important jobs to fulfill the top positions.  It will also allow players to mass close building types, this is certain to be a popular feature.

Finally, other improvements/changes include:

SEE ALSO: Watch our review of Kingdoms and Castles here 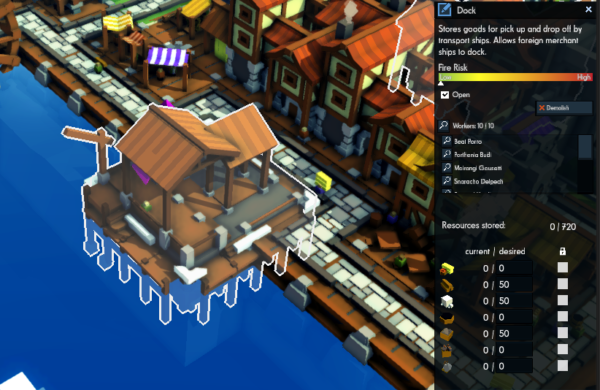 Kingdoms and Castles Merchants and Ports update is available now.