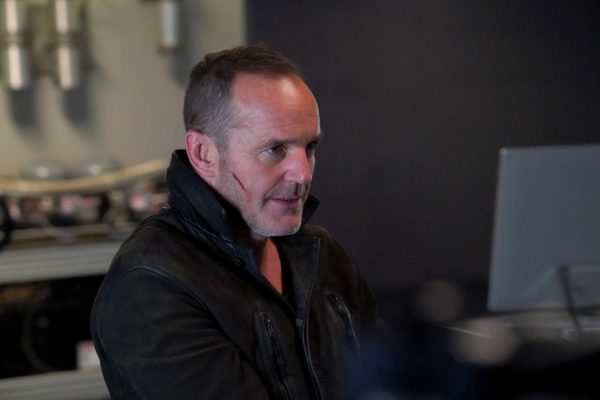 It’s been quite the wait to finally see our team return to Earth and to their original time and while All the Comforts of Home certainly saw our characters escape their Kree prison it also did a great job of immediately setting the stakes going forward as the U.S. government continues its search for Phil Coulson and remnants of S.H.I.E.L.D.

There was no time wasted before we were back with General Hale, last seen in episode 5 ‘Rewind’ but this time we got to see her in a parental role. This was a nice a perspective to see her from and starts to help build a clearer picture of her motivations and intentions. It also marks the introduction of her daughter, Ruby, who has a clear fascination with Quake. What started as a typical mother/daughter argument, bolstered by a strong performance from Dove Cameron, soon revealed itself to be a far more sinister and intriguing dynamic. And by the episode’s end Ruby’s fixation on Daisy holds a much heavier and sinister weight.

In a not too surprising turn of events, we see Deke has made it back to the present day. His realisation of where he was, his intake of the Earth’s fresh air and his appreciation for natural plant life was actually quite endearing. His usual cocky, self-preserving attitude falls away under the realisation that he is in fact alive and better yet it revealed a sweet, innocent and charming side Deke desperately needed. Of course, it falls to Daisy to attempt to rescue Deke once he gets himself nicely drunk and arrested but this just highlighted how Chloe Bennett and Jeff Ward’s chemistry continues to improve on-screen. Now that they are on the same side their usual scathing remarks are losing their bite in place of some playfulness and welcome comedy. 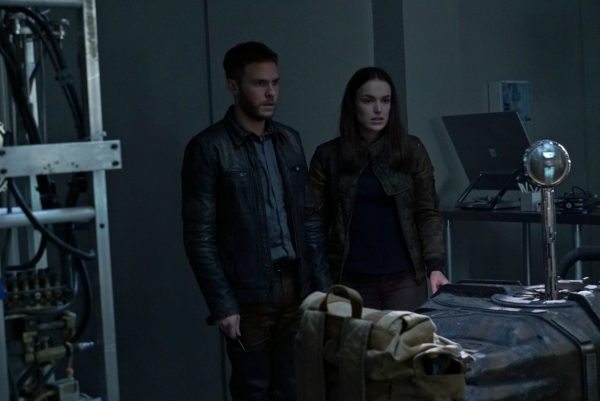 This week also saw the return of Agent Piper who it seems the writers have wanted to explore more for some time now but her moment to shine has never really landed. With the reveal that she was working with General Hale and was the one to call in the team’s location Piper’s character got pushed into the spotlight; if she is to be a bigger part of the team going forward then this is a great way to springboard her journey. She will likely bear the weight of the team’s clash with Ruby and feel the guilt of Yo-yo’s injuries influencing her actions for the coming episodes giving her more weighted screen time and stronger character growth.

Which brings us to this week’s big shocker; Elena. We obviously got a very clear look at what the future held for Yo-Yo during ‘Past Life’; seeing Elena maimed and used for Kasius’ own purposes was harrowing and honestly and not something I thought we’d really see her go through on-screen. Not at least so bloody soon. Ruby has made a big mark on the team and sets herself up as a great villain both in her terrifying execution but also with the callousness she expresses towards those close to Daisy. The psychological damage inflicted on Yo-Yo worries me as much as the physical, while bionic limbs are not a rarity in the MCU the certainty that Mack’s death is impending must be agonising for Elena to comprehend.

Escaping from the future has clearly not been enough to give our agents a break as Agents of S.H.I.E.L.D. barrels forwards once more with the promise of new villains. Our coda saw General Hale approach an old face, Carl Creel (Absorbing Man) in an attempt to recruit him for (I assume) a team of super-powered beings. Agents of S.H.I.E.L.D. has a great track record with its villains and having Ruby head up a team of super-beings could promise some incredible action and wonderful comic book moments. Next week marks Marvel’s Agents of S.H.I.E.L.D.’s 100th episode and I am so happy this show has been allowed to grow and reach this milestone. This season clearly has a lot more surprises to come and as we pass the midseason mark the stakes will surely only get higher.